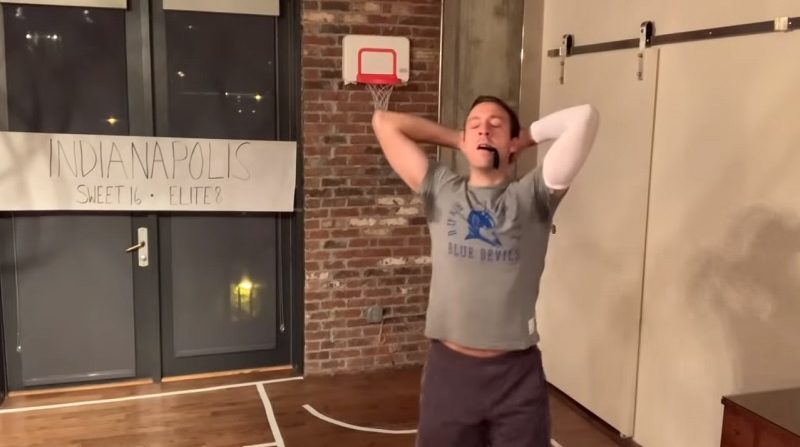 Monday night was supposed to be the NCAA Tournament Championship Game. We’ll never know what would have happened in the tourney because of its cancellation, but we’ve seen plenty of simulations of what could have happened from various outlets.

First off, a huge hat tip to Gaudin for the work he put into this, and the creativity required. Second, while this is very entertaining, it sure can’t compare to the real thing. Finally, do you know anyone with t-shirts from as many colleges as Gaudin wore in this video?

We’ll take whatever NCAA Tournament content we can get at this point in time. Hopefully, we get an actual version of “One Shining Moment” next year.