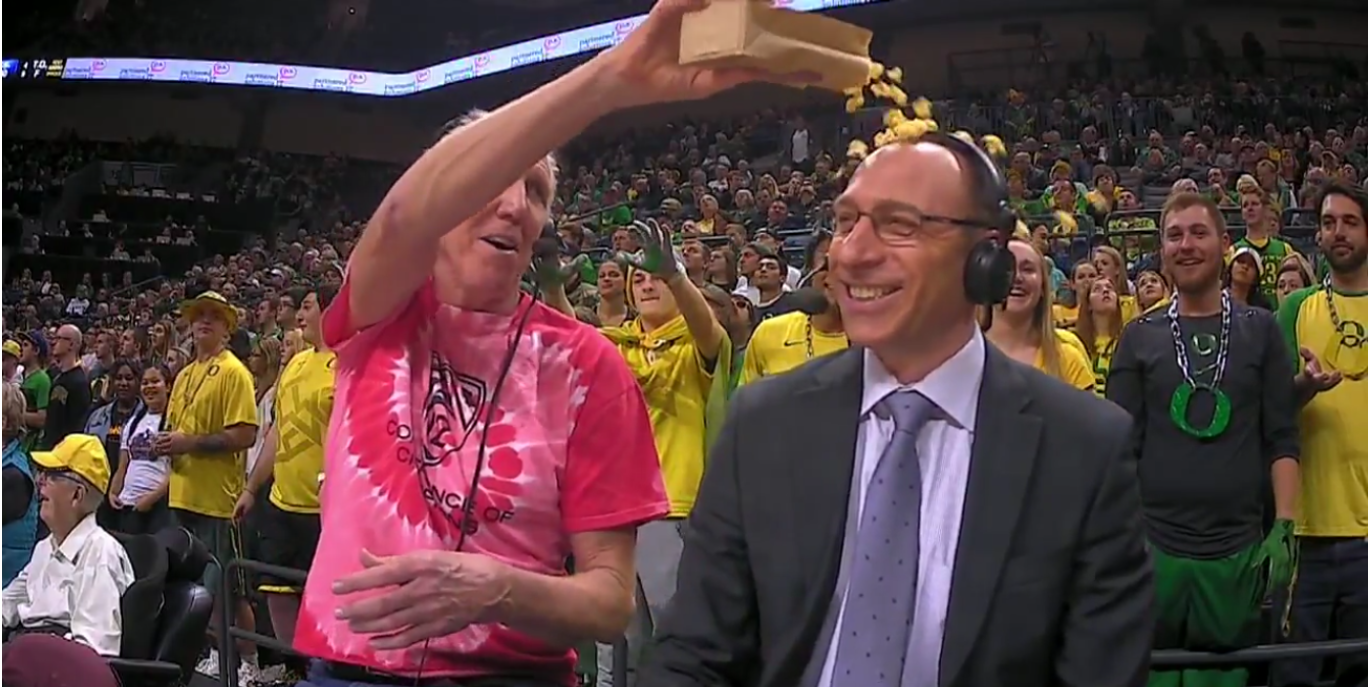 Broadcasts featuring Bill Walton are often a lot of fun, featuring discussion of everything from weed and mimosas to volcanoes, and Thursday night’s Cal-Oregon matchup on ESPN2 certainly provided that. First, Walton returned to the growling well he used a couple of weeks back for Cal-UCLA:

“Growling and prowling,” oh my. Dave Pasch gets in on the action too with a “Don’t scratch me,” important considering that Walton clawed at him last time around. Next, here’s a clip of Walton working out at Oregon’s Marcus Mariota Performance Center, including him yelling “Let’s go, Dave! It is Dave…right?” at the punching bag:

After hitting a tackling dummy (also Dave), Walton then goes into another room with stars on the ceiling and fancy reclining chairs, and says “This is pretty much like being backstage at the Grateful Dead concerts”:

Walton brought some color to the broadcast, too, especially when it came to the officiating (something he’s often passionate about). First, he praised official Steve Olsen after an offensive foul call, saying “We need more of him in the Pac-12. That guy is an excellent ref.”

Walton was then critical of one of Olsen’s calls later, and Pasch made fun of his inconsistency:

This then happened again with Walton growling, then criticizing Olsen with “That was a terrible call!” and Pasch saying “You just said Steve Olsen was the best official in the country, and now you’re ripping him.”

Later on, Walton dumped some of his popcorn on Pasch:

Update: And they closed it out in style, with Walton ending the broadcast with “Thanks for your patience, and happy Popcorn Day…what was your name again? Dave?” and Pasch responding “I’m never eating popcorn again.”