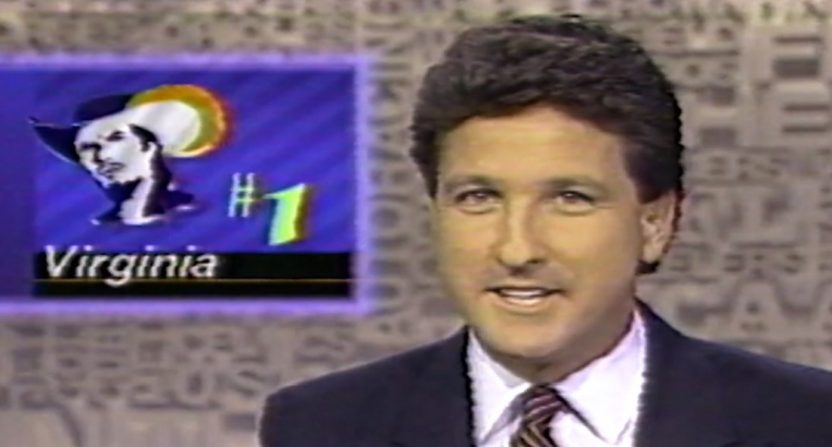 Entitled We’re #1! – The Story of 1990 ACC Football, the doc will focus on Virginia and Georgia Tech, who both spent time at #1 in the polls over the course of the season.

We’re #1! – The Story of 1990 ACC Football, a documentary chronicling the remarkable 1990 football season in the Atlantic Coast Conference will debut in October. Produced in partnership with Raycom Sports, the one-hour show highlights the top teams in the ACC that season, specifically two teams that spent time ranked No. 1 – Virginia and Georgia Tech. The documentary includes footage from one of the most exciting games in ACC history – Georgia Tech upsetting top-ranked Virginia, 41-38, in early November, on a last-second field goal. The Yellow Jackets went on to win the ACC title and claimed a share of that season’s national title. The show also includes a roundtable discussion with stars of the 1990 Cavaliers (Shawn Moore, Chris Slade and Terry Kirby) and Yellow Jackets (Marco Coleman, Shawn Jones, Scott Sisson and Ken Swilling) at the College Football Hall of Fame.

And here’s a trailer.

In my opinion, documentaries like this are ideal for league and sport-specific networks. Yeah, there’s probably not enough interest in the 1990 Virginia and Georgia Tech football seasons for a time slot on ESPN proper, but for the ACC Network? It’s perfect. I feel the same way about MLB Network Presents, A Football Life, and SEC Storied. These stories still deserve to be told, even though the target audiences are a bit more niche when compared to the target audiences for more popular athletes and teams featured in other docs.

Anyway, We’re #1 premieres in October, though the exact date is still TBA.