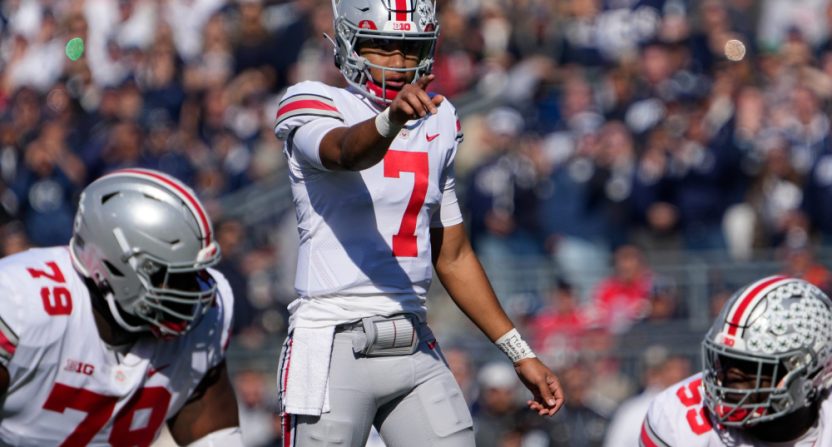 For the first time since Week 2, the most-watched game of the week came on Fox.

The network’s broadcast of Ohio State-Penn State drew 8.273 million viewers, making it the fourth most-watched game of the season and the second most-watched game in Fox’s Big Noon package this year. The window was up from last week (Iowa-Ohio State, 4.38 million), but down from last year (Michigan-Michigan State, 9.29 million).

On ESPN in primetime, Kentucky-Tennessee averaged 4.042 million viewers, up from both last week (Mississippi State-Alabama, 3.59 million over both ESPN and ESPN2) and last year (Ole Miss-Auburn, 2.53 million). Baylor-Texas Tech averaged 572,000 on ESPN2, with a simulcast airing last week and up from last year (SMU-Houston, 332,000). FS1’s broadcast of Colorado State-Boise State averaged 269.000 viewers, down from both last week (Kansas State-TCU, 1.53 million) and last year (Kansas-Oklahoma State, 344,000).

This week, I feel like we’re guaranteed a new most-watched game of the year with the incredible Tennessee-Georgia game lined up on CBS. Alabama-LSU also should deliver a strong number in primetime on ESPN.