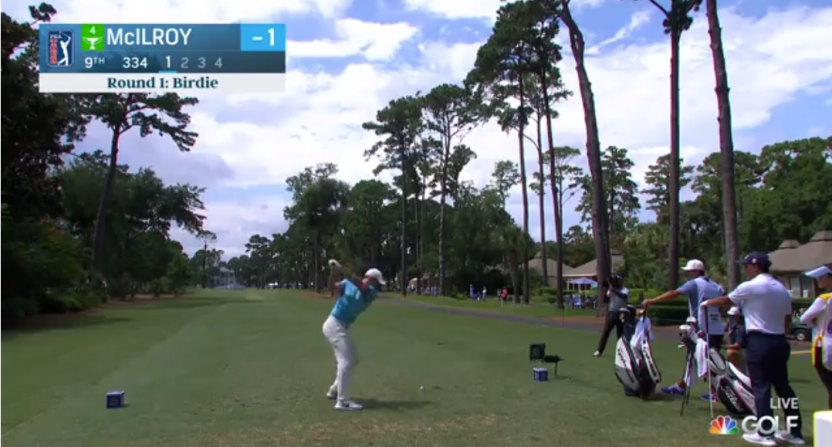 One of the big reasons television networks are looking to implement artificial crowd noise into sports broadcasts is because athletes, coaches, and officials don’t exactly use squeaky-clean language. We got multiple examples of such language loud and clear on Friday’s second-round coverage of the RBC Heritage on Golf Channel.

Rory McIlroy was quite unhappy with his tee shot on the ninth hole. And the mics, to go with no crowd chatter from the nonexistent gallery in Hilton Head, SC, made it very easy to hear an f-bomb from McIlroy on the Golf Channel broadcast.

That was followed by analyst Nick Faldo saying, “Excusez-moi. That means… that’s a technical term- he keeps blocking it right.”

Faldo immediately started laughing, and play-by-play man Whit Watson said, “We apologize for the quality of the microphone in the fairway.”

Yes, it was definitely the quality of the microphone in the fairway. Good save by Watson.