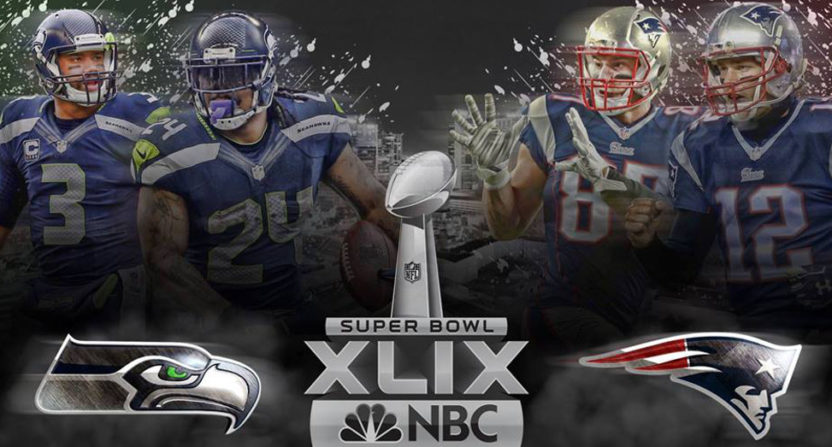 There’s a whole lot that goes into Super Bowl ratings, from interest in the NFL as a whole to the local and national prominence of the players and teams involved. But, as with most sports, a closer game tends to produce a better average viewership than a blowout, as the numbers stay high (or even grow) late in the contest with less people switching away. So we thought it would be interesting to break down the margins of victory for Super Bowl games televised on each network over the years. AA’s Joe Lucia crunched the data, and found some surprising things. Perhaps most notable is how close NBC’s games since 2007 have been relative to games aired on other networks.

Over the years, there have been 19 Super Bowls on CBS, 18 on NBC (with the 19th this Sunday), eight on Fox, and seven on ABC. Excluding Super Bowl I (which was televised on both NBC and CBS, and saw Green Bay beat Kansas City 35-10), ABC has had the highest average victory margin (17.6 points), then CBS (15.9), NBC (11.7), and Fox (10.6). But if we break it down over the past 11 years (NBC got NFL rights back in 2006-07, and first televised the Super Bowl under that deal in 2009), games on NBC have been far closer than those on other networks. Also, Fox had the closest games overall, but had the most blowouts over that recent span.

That doesn’t mean that the NBC games have always drawn the biggest ratings. While 2015 was the best-rated Super Bowl on record with 114.4 million viewers on average, and 2012 wasn’t far behind with 111.3 (fourth-best all time), 2009’s 98.7 million viewers were a record at the time, but every Super Bowl since has drawn more, making it the second-lowest Super Bowl broadcast in the past 10 years. And it also doesn’t mean that each NBC game was the closest; 2008’s game on Fox (Super Bowl XLII, famed for the helmet catch and the Giants’ 17-14 upset of the undefeated Patriots) tied with 2013 on CBS (Super Bowl XLVII, famed for the blackout and the Ravens’ 34-31 win over the 49ers) for the lowest margin of victory in the last 10 years (three points), while last year’s game on Fox may have had a six-point margin of victory, but that was in overtime. Close doesn’t always mean tops, either, as 2008’s 97,448,000 average viewers (a record at the time) were the lowest over the past 10 years.

But what this does mean is that NBC has been quite lucky in avoiding blowouts since they got the NFL back; Fox had the Seahawks’ 43-8 beatdown of the Broncos in 2014, while CBS had the Saints’ 31–17 win over the Colts in 2010 and the Broncos’ 24-10 win over the Panthers in 2016. The Fox game in 2014 still drew 112.2 million (a record for the time, but one NBC passed the next year), and CBS drew 106.5 million in 2010 (a record for the time, but passed the next year by Fox), but 2016’s blowout on CBS saw a year-over-year decrease of 2.5 million viewers from the close game on NBC the previous year. As mentioned above, there’s much more that goes into the ratings than just the score, but close games tend to adjust ratings up from what they would be otherwise, while blowouts tend to bring them down. So NBC has been very fortunate from that perspective.

What if we look back over the past 20 and the past 30 years? Well, over the past 20 years, ABC averaged a 15 point margin of victory, CBS 11.5, Fox 10.6, and NBC 4.75. Over the past 30, that changes to 16.8 for ABC, 16.2 for CBS, and 10.6 for both NBC and Fox. That goes to show how the Super Bowl has changed over time, from something that was regularly a blowout in the late 80s and the 90s to something where the blowouts are more the exception to the rule in recent years. (And this is why ABC numbers are the highest overall, as their broadcasts came between 1985 and 2006, and why Fox’s are the lowest, as theirs came from 1997 on.) Thus, it would be a good era for NBC to have NFL rights (based on this metric) just thanks to that average. But they’re doing even better than that, with every Super Bowl on the network in this span proving close. We’ll find out if that trend holds up this Sunday.