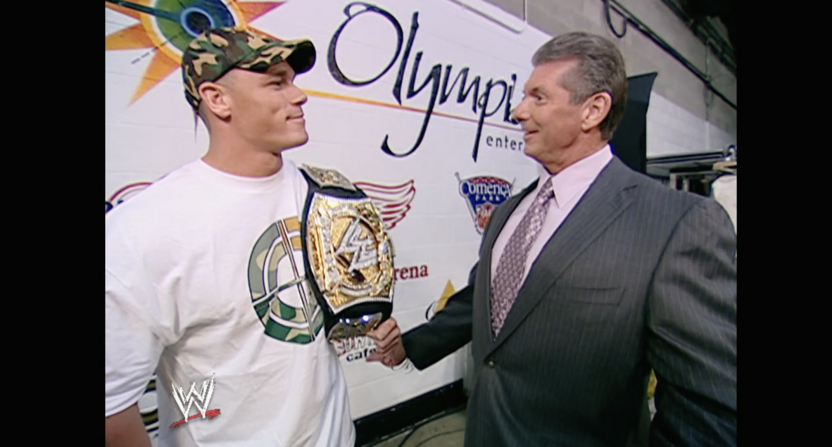 Last Thursday, on the first day of Peacock’s agreement to launch the WWE Network on their streaming service, fans began to notice some of the shows were edited from its original version. Those edits were of moments or matches that either haven’t aged well or they weren’t even appropriate at the time. Now, it appears those edits will not be isolated situations and that will be the plan going forward.

According to The Hollywood Reporter, NBCUniversal “is reviewing all 17,000 hours of WWE content to ensure it aligns with Peacock’s standards and practices.” In addition, “WWE is also being made aware of any edits.”

As of now, only pay-per-views, documentaries, and recent shows have been uploaded to Peacock while the rest of the library is expected to be up by SummerSlam.

There have been two major edits that fans have noticed so far. The first was from WrestleMania VI where Rowdy Roddy Piper did a promo and a match with half his body painted black going against Bad News Brown, a Black wrestler. Both the promo and the match has been edited out of the Peacock version.

The second was from Survivor Series 2005 where Mr. McMahon, the TV character of owner and CEO Vince McMahon, said the N-word to John Cena. That backstage scene is also taken out from the Peacock version.

This means that, regardless if one agrees with this practice or not, pro wrestling fans are now figuring out in their minds which moments are likely to be on the chopping block, with many of those moments likely coming from the Attitude Era of the late 90s/early 00s.

Just off the top of my head on moments that possibly could be removed, X-Pac did blackface when D-Generation X impersonated the Nation of Domination. Triple H (in storyline) drugged Stephanie McMahon to get her to marry him. Triple H, wearing a Kane mask, had sex with a mannequin in a coffin. Brian Pillman pulled a gun on Stone Cold Steve Austin that looked like a home invasion. Terri and Lita had separate storyline miscarriages. And that doesn’t get into all the unprotected chair shots to the head, instances of violence against women, the “bra and panties” matches, and some of the insensitive characters from over the years.

In other words, there might be a lot of things throughout the history of WWE, WCW, and ECW that don’t make the cut for Peacock. Some of these controversial moments, like the Big Boss Man feeding Al Snow his own dog, were intentionally meant to be controversial in order to make fans hate the villain in the storyline but Peacock might not consider intent in their decision making. WWE has kept these moments on their streaming service and put up a disclaimer before older shows that explain how they were airing a show in its original version, that it doesn’t reflect their current values as a company, and that viewer discretion is advised.