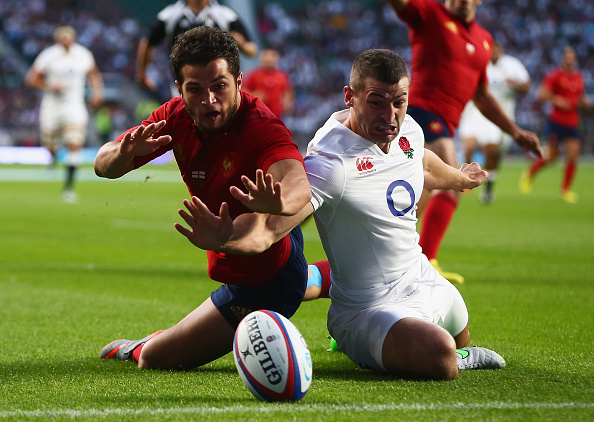 It was a significant surprise when ESPN snatched the American television rights to the Formula One racing series earlier this week. F1 had found a home on NBCSN for the last several years that seemed like a great fit ever since the demise of Speed Channel.

Formula One fit the modus operandi of NBCSN – a sport that doesn’t receive a massive amount of attention in the mainstream but one that NBC can be the exclusive home for on television. The same thing is true with the NHL and the Premier League and all the way down to the Tour de France. Thus far, it’s been a strategy that’s worked well for the network as they haven’t dived in to the FS1-ESPN rivalry. And instead of splashing the cash on polarizing personalities, they’ve filled their inventory with live sports rights and kept building onto that foundation.

But while losing F1 was a blow, NBC has acted very quickly in filling those gaps in their lineup. With what you ask? With the internationally acclaimed Six Nations Rugby competition, a tournament featuring Europe’s most prominent countries.

The annual Six Nations Championship, which has roots that date back more than a century, consists of 15 matches played in a round-robin format between six teams – England, France, Ireland, Italy, Scotland, and Wales. All matches will stream live on NBC Sports Gold – NBC Sports Digital’s direct-to-consumer live streaming product. NBC, NBCSN, and CNBC will combine to present linear coverage, and NBCSports.com and the NBC Sports app will stream all linear coverage. Click here for more information on Six Nations coverage on NBC Sports Gold.

“Our multi-year partnership with Six Nations Rugby further establishes our commitment to the sport of rugby, one of the fastest-growing sports in the United States,” said Jon Miller, President, Programming, NBC Sports Group. “The Six Nations Championship is an iconic centerpiece of our robust rugby portfolio, which has featured the addition of exclusive U.S. media rights for the Rugby World Cup and Premiership Rugby in the past two years.”

“We are very excited to be working with NBC Sports Group on the broadcast of the Six Nations Championship in the USA,” said John Feehan, Six Nations CEO. “It is fantastic that Rugby’s Greatest Annual Championship will now be showcased on NBC Sports’ broadcast, cable, and digital platforms, which will allow us to bring it to a bigger audience in the USA.”

For NBC, this move makes a lot of sense as they continue to grow their rugby portfolio. As the network notes, they already have the rights to the Rugby World Cup and Premiership Rugby from England. The Six Nations competition will give another new dimension on top of those tournaments with the yearly spring competition featuring the likes of England, France, Ireland, Wales, Scotland, and Italy.

Not only is it a great tournament and addition to the NBC lineup (although we’d love to see NBC show some more southern hemisphere rugby and add in the Rugby Championship and Super Rugby to see the likes of the All Blacks) but it shows fans another dimension to the sport. NBC now not only has a domestic league competition, but a yearly major international tournament, and the sport’s showcase event in the World Cup. When you add into that the sevens rugby shown on the network (including the Olympics) and it all works together to continue to build up NBC’s rugby offerings. One event can promote the other and NBC can continue to try to build the sport here in the US.

It may not be the most popular sport now, but NBC is placing a bet for the future on the growth of rugby stateside and offering sports fans something different than another debate show. That’s always a good thing.