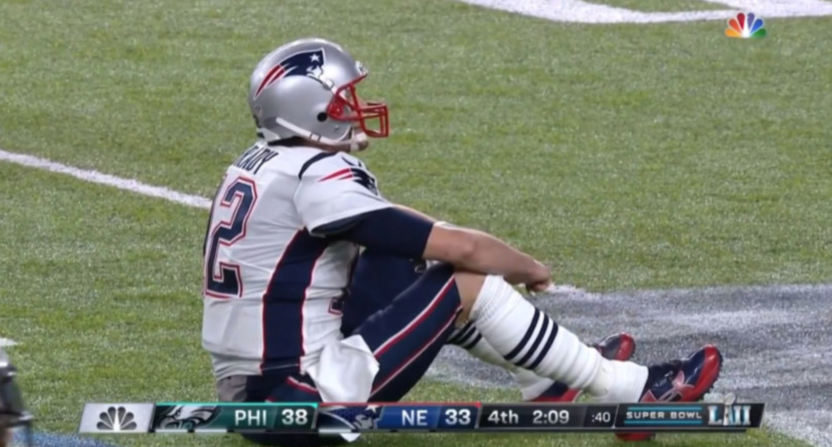 Since the NFL returned to NBC in 2006, the network has had the fortune of close games in the Super Bowl. Its previous three Big Game telecasts all had margins of four points. This year, the final margin doubled that as the Philadelphia Eagles beat the New England Patriots 41-33.

However, like each of the Peacock’s other Super Bowls since 2006, the game went down the wire and to the final play.

As the game became a track meet, producer Fred Gaudelli and director Drew Esocoff met the challenge and stayed on top of the action. When there was a need for an angle on a scoring play, NBC was able to call up shots from its 76 cameras covering the game. In particular, the Corey Clement touchdown that put the Eagles up 29-19 and then the Zach Ertz TD.

Both were reviewed and upheld, but not after plenty of hemming and hawing from Al Michaels and Cris Collinsworth. (More on them later.)

But the replays were clear and showed that both plays were legal in the eyes of the NFL.

There were excellent reaction shots from both sides of the field, plus cutaways to the owners boxes showing the emotions of the Eagles’ Jeffrey Lurie and the Patriots’ Robert and Jonathan Kraft. There were plenty of cutaways to Tom Brady’s wife Gisele Bündchen, showing her with her kids or sipping wine. Perhaps those were a bit overboard, but then again, the Super Bowl has a different audience than your average regular season game.

As has become tradition with the Super Bowl, there was a fresh graphics package and new scorebug which provided a cleaner look. However, the quarterback comparison seemed to borrow from the Madden video games which was rather strange for NBC.

Of all the things that happened in the Super Bowl I’m still wondering why they used Madden 2005 Nick Foles and Tom Brady graphics. pic.twitter.com/EyfTMQP3eB

For Al Michaels and Cris Collinsworth, normally a team that is on top of trends and full of first guesses, Super Sunday was an off-night. Michaels, who has been the best all-around announcer of our generation, made some mistakes that he normally doesn’t make. One example was during a cutaway of Mike Trout, Michaels said he was from the “California Angels,” rather than the Los Angeles Angels of Anaheim, but he later made that correction.

But then after Rob Gronkowski scored a touchdown that tied the game at 32, Michaels said it gave the Patriots their first lead of the game when it did not. These are mosquito bites, but these are mistakes that Michaels normally doesn’t make.

The trick play on 4th-and-goal by the Philadelphia Eagles near the end of the first half that led to the first quarterback throwing and catching a touchdown pass was originally criticized by Michaels and Collinsworth, but then later praised. At the tail end of the broadcast, Collinsworth called it the turning point of the game.

On the Ertz catch that put the Eagles ahead for good, it took a while for Michaels and Collinsworth to realize that after the receiver made a so-called football move, he then became a runner and all he had to do was break the plane of the goal line and any loss of the ball after that was moot. But again, it took some time for Michaels and Collinsworth to get to that determination.

Following the Ertz score, neither Michaels nor Collinsworth mentioned the failed two-point conversion in the first half that was coming back to bite the Eagles.

NBC did have one glitch and that was in the first half when a commercial failed to fire on time leaving a black screen confusing viewers. It led to a strange transition where NBC went back to the action with Michaels in mid-sentence. For its part, NBC said there was a brief equipment failure and no spots were missed. However, it did leave viewers in the lurch for a brief moment.

Overall, NBC had a good night as far as the camera work and replays were concerned. The announcing was not up to its normal standards and there was one very noticeable glitch.

It was a clean broadcast as far as the production alone was concerned, it gets an A, but the overall grade gets dragged down by the call which receives a surprising C. The glitch also hurt so we give NBC a firm low B. Not a B minus, but a borderline B for Super Bowl LII.