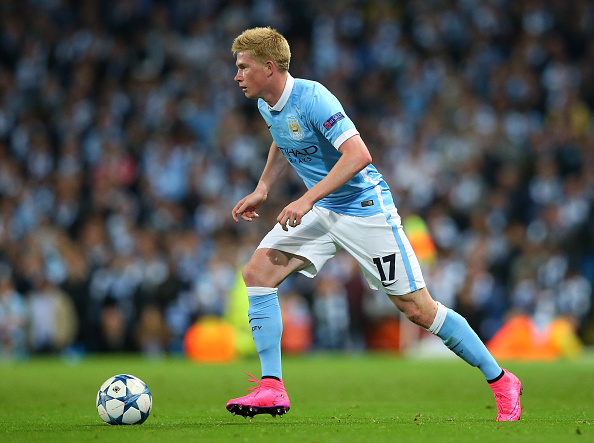 NBC’s Premier League coverage has been outstanding ever since the network won the rights a few years ago. They were able to build on what ESPN and Fox had done to lay the foundation for a following for the league stateside and take it to the next level with a depth and quality that can be compared to any other network coverage of any sport on television. From the studio to the broadcast booth to the special programming offered, NBC’s EPL package has been excellent for soccer fans.

However, this year NBC has drawn the ire of those same fans for their controversial decision to end free access for every game to cable and satellite subscribers. (Well, technically it isn’t “free” since you’re paying for your cable or satellite bill, but let’s just go along with it for now.) Instead of Premier League Extra Time being offered on those platforms or through a simple authentication process, NBC put the games not airing on one of their television networks behind a $40 paywall – NBC Sports Gold.

To watch every EPL game you now need both a cable/satellite subscription and an NBC Sports Gold subscription. At the time, the decision was hammered as a backwards step for the network’s EPL coverage and terrible for everyone. And it was pretty easy to see what the network was doing was nothing more than a cash grab. Fans now had to pay extra for games they originally got for free. And things didn’t get better when the NBC Sports Gold service crashed earlier this season.

Now the service is getting extra attention this week because many of the EPL’s most popular teams are stuck playing behind a paywall. This week Watford-Manchester United, Arsenal-Huddersfield, Chelsea-Swansea, and Stoke City-Liverpool are all on NBC Sports Gold for midweek games.

Jonathan Tannenwald at the Philadelphia Inquirer has an article up this week about NBC Sports Gold with the platform sure to be under the microscope this week for the wrong reasons. In fact, NBC executive Rick Cordella joked about the backlash that is sure to come on Twitter with so many big clubs being inaccessible to the majority of fans.

At least NBC is open about the fact that this really wasn’t done to make fans happy, but to help offset rights fees and make more money.

We have conviction that this is the right business model around the Premier League, and the other sports we’ve added to NBC Sports Gold,” Cordella said. “The media world is continuing to shift, and TV ratings aren’t what they used to be, and certainly subscriber levels haven’t been as high as they’ve been in the past. So [we’re] trying to figure out, how do we remunerate the rights we paid for? Direct-to-consumer [subscription video] with NBC Sports Gold is going to be an important part of that.”

You might have noticed Cordella’s use of the word “remunerate.” It wasn’t accidental. In 2015, NBC paid the Premier League approximately $1 billion for a six-year rights deal, after an initial three-year deal worth around $250 million. The network then saw Premier League TV ratings drop by an average of nearly 100,000 viewers per gamefrom the 2015-16 season to 2016-17.

Cordella said NBC “made no money to very little money” from streaming non-televised games on the free-with-authentication platform. So they tried something different. And they boosted the offering with nearly 1,000 hours of shoulder programming produced by the Premier League’s vast in-house production arm, as well as a Premier-League produced live studio show that airs in various forms across almost all 24 hours of the day.

Unfortunately, sports fans usually won’t win whenever the word “remunerate” is involved. Cordella went onto say that the NBC Sports Gold package has a healthy number of subscribers (over six figures) and even points out the willingness of fans to pay for content that they had been previously given for free thanks to the support of hardcore fans.

This is part of the changing reality of the industry. Networks need to find more ways to get content to fans, and maybe more importantly, get them to pay money for it. The distressing element here is that NBC originally gave all of these games to fans without the extra charge. Now that EPL fans had multiple seasons of enjoying access to every game, it’s no wonder that there’s been so much discontentment with NBC Sports Gold. If NBC had started with a subscription service when they first won rights, I doubt there would be so many complaints. NBC basically put the toothpaste back in the tube and took us back to a previous age.

What’s even more worrying is what happens next. Now that NBC knows they can get fans to pay for NBC Sports Gold and can put the biggest teams behind a paywall for games against the likes of Huddersfield and Swansea, how much longer will it be until a huge clash like Arsenal-Tottenham or Liverpool-Chelsea is on NBC Sports Gold to drive up subscriptions and revenue even more?