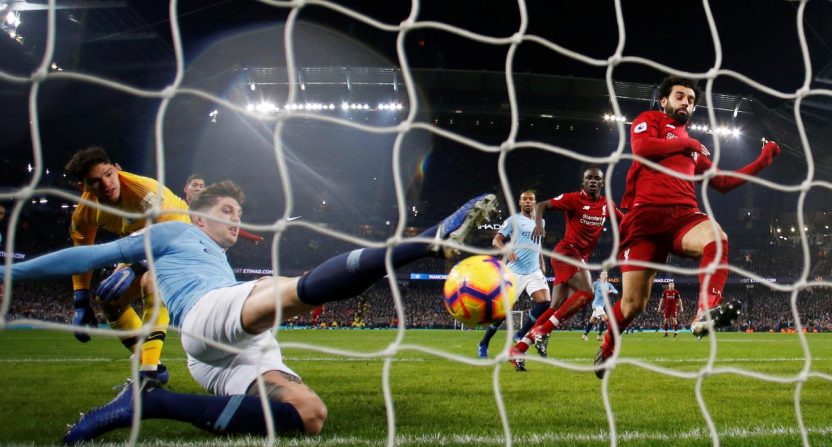 NBC announced today that for the 2019-20 season, the Premier League Pass would include Sky’s Soccer Saturday and Goals on Sunday each weekend. In addition, the Pass will include a jarring array of shoulder coverage, detailed below.

In addition, the schedule of exclusive matches behind the PL Pass paywall has been set at 140, with at least four matches per club (emphasis on the “at least” if you cheer for say, Norwich or Brighton) only available through the Premier League Pass. If there’s a bright side to the Premier League Pass, it’s that NBC is now offering two different packages: one with everything (including the addition of match replays for every match, including those on cable and broadcast, as early as 9 PM on the day of the match), and one offering just the live matches. The Cadillac offering is $64.99 for the season, while the bare bones option is $39.99.

Is this a good thing? Well, not really. When the PL Pass launched two years ago, it was $49.99, but you got all of the live matches, replays, and the NBC shoulder content. Now, you can pay less for just the live matches, or you can pay more for even more supplementary programming. The price point isn’t terrible (it comes out to something like $5-$7 a month), and is line with the $5/month for ESPN+, which is needed for EFL Cup and FA Cup matches. It’s also cheaper than the $2.99/match, $9.99/month, or $79.99/year B/R Live, which is needed for Champions League and Europa League matches.

But the fact of the matter is that supporters of bigger clubs likely won’t get their money’s worth from the PL Pass, unless they have a second team or really want that shoulder programming. If a club like say, Liverpool have just six matches on the PL Pass (I have no idea how many were paywalled last season), a supporter who gets the bare bones PL Pass just to watch those six matches is paying nearly $7 per match, which is highway robbery compared to the other subscription services soccer fans have to shell out for. But hey, if you’re a Watford supporter and I don’t know, 24 matches get paywalled, you’re paying less than $2/match on the bare bones package, and less than $3 on the full package (and since you’re a Watford supporter, you don’t need to worry about B/R Live).

In short, paywalls aren’t going away, and as much as that sucks, I think we’re getting closer (albeit at a glacial pace) to a comprehensive over the top package from a major sports network. For now, we’re getting this piecemeal bullshit that still requires us to pay for a cable or satellite subscription in addition to the premium service. There’s only so much that a fan’s wallet can take, and weirdly, I think that the Premier League Pass is a non-starter for fans of the league’s top six teams, which make up a giant chunk of the fanbase. You’d think NBC would try to make it more appealing for them, but the prospect of paying $7/match is only going to end up pissing them off.