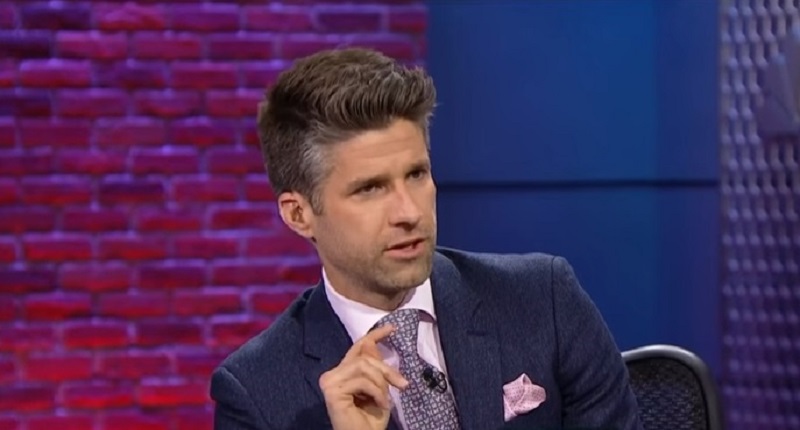 NBCSN’s Premier League show periodically takes their studio on the road to a big city and meet with many fans across the country. This weekend, they are at Boston’s Fenway Park and on Sunday, took in Liverpool vs. Tottenham with a massive number of Liverpool fans, many Spurs fans and neutrals who just want to have fun.

As is the case, many have been sharing photos and video from Boston including NBCSN Premier League analyst Kyle Martino as he embraced the atmosphere with his NBCSN colleagues and WWE’s Sheamus.

But it appeared Martino ran afoul of someone on Twitter because he was briefly banned for a copyright violation, at an event run by the network he works for, who has the rights to show the Premier League in the United States.

The post in question seemed to be a video of the fan reaction to Liverpool’s first goal. Of the videos Martino posted, that is the only video that isn’t available to view. It’s unlikely NBC went through with this. If anything, NBC would be encouraging their on-air people to post as many clips as possible when they aren’t on screen so wouldn’t make sense for NBC to have an issue.

Most likely, and I say this from personal experience, it was someone from the Premier League who went through Twitter to find videos and flag them for copyright violations even if it might be legal. And since the Premier League is financially richer and legally stronger than you or me or Kyle Martino, Twitter and their algorithms bow down to them, ban the user and ask questions later.

It didn’t take long for Martino to be back online so all’s well that ends well I guess. He was back on Twitter by the end of the Liverpool-Spurs game and posting video of Sheamus celebrating the game winner like he just won the World Heavyweight Championship.

With the atmosphere generated yesterday and today, it seems like NBCSN will be back in Boston sooner rather than later.