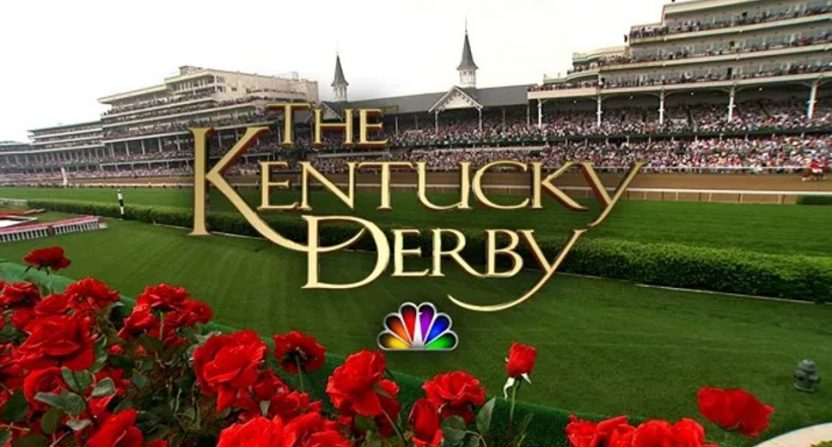 Hunter S. Thompson is probably glad he is dead so he doesn’t have to watch NBC’s coverage of the Kentucky Derby.

I have been watching the Kentucky Derby for as long as I can remember. Some of my earliest memories are of tucking in with my grandpa to watch the Run for the Roses. I am lucky that childhood me has no memory of NBC’s Derby coverage. Because it is godawful terrible dreck. I am noticeably dumber for having watched it. All of it. I did this all day. It was like a lobotomy without any medical interference.

Here’s what even the most infantile person knows about the Kentucky Derby: the horses run around the oval, one of them runs the fastest, he wins. Fin.

Here’s how NBC is going to talk to you about that fact: like you have the intellectual capacity of a goldfish. They literally talked to us like we were children, using a classroom of children to teach the most basic facts about the Derby. “Girl horses are called fillies, Johnny!”

NBC’s coverage stretched over five hours on the main network alone, setting a record. It was longer than that when you factor in the morning coverage on NBCSN. They obviously have a lot of airtime to fill.  And fill it they do. Rutledge Wood, which apparently is a real name of a real person, though he looks like a cut-rate version of Spencer Hall, is here with Tara Lipinski to tell you ONCE AGAIN about how horses have stud fees and have sex to make little baby racehorses.

Are we sure that "Rutledge Wood" isn't an alias for @edsbs? pic.twitter.com/24KjNyLLzJ

They trot out (heh) this story every year.

Discussion of breeding fees. Must be derby day! #kentuckyderby

And, in Rutledge’s case, even the suit is a recurring presence:

The Kentucky Oakes is happening! Got my suit pressed & ready! Let's do this! @NBCSports pic.twitter.com/VGSz3J6VrL

But when they’re not discussing weather, they’re going to fill it in with the other items that are ubiquitous if you have even passing knowledge of the Derby: Tara & Johnny discuss fashion and make mint juleps, the b-listers of the NBC reporting team interview celebs (which even that has become rote. Do you know NFL players like to attend the Derby? DO YOU?!), there’s SYNERGY with the cooking segment featuring chefs from NBC Universal-owned Bravo’s Top Chef, which is more about the synergy and less about the food, there’s a tracking shot telling you where the jockeys get dressed and where they walk and where they mount the horses (it’s called a paddock, as NBC is all too gleeful to tell you) and walk to the track.

This is all so rote. SO ROTE. Even Ashley Judd’s voiceover is rote, as she is apparently the only famous person to have ever come out of the state of Kentucky. (Jennifer Lawrence is RIGHT THERE!)

Is ashley Judd the only human being from the state of Kentucky? Like there's got to be more but you wouldn't know it. #KentuckyDerby

Not that good. Obligatory ashley Judd voice over. Is no one else from Kentucky? Get a new celeb, blue grass state. #kentuckyderby

If an event happens in the state of Kentucky and ashley Judd doesn't narrate it, does it really exist? #KentuckyDerby

But every damn year NBC is going to tell you all this information as if you were dropped here from a minor outlying planet. Five-plus hours of drinking in the outfield, hat shots, and tortured segues about jockey silks.

Even when NBC got into the behind the scenes pieces of owners, it flubbed that. Interviewing the owners of Vino Rosso, Tirico punched low, pulling out a bottle of…wait for it…red wine. I’m sure Tirico is the first interviewer to EVER consider doing that with those owners. This is dad jokes incarnate. This is lowest common denominator commentary. NBC needs to be better than that and give the audience more credit.

Even accounting for the fact that most of us only watch racing on the first Saturday in May and then pay no attention to the sport for the rest of the year (which, if you have a track in your town, I strongly recommend you go; horse racing is a ton of fun live), NBC needs to give us some credit for being people who a) are watching this once a year and b) are people who exist on planet earth. It doesn’t seem logical to give the audience no credit and to talk to them as if they are fresh to this every May. They are not getting an all new set of viewers each year. It’s us! We’re here again! Talk to us like we’ve been here before.

The only bright spots of the show are when Eddie Olczyk talks betting and when Laffit Pincay hosts in the morning on NBCSN, with Randy Moss and Jerry Bailey doing actual race analysis. Moss and Bailey continue on NBC with Tirico and continue to offer actual insight to these particular horses in this particular race, the only non-filler information of the day. And it stands out against all the rest of the dreck.

NBC promoted its longest-ever Derby coverage this year. Quantity, as usual, does not mean quality. This was a lot of bloat without a lot of substance. Next year, they should focus on more behind-the-scenes, soft voiceover pieces, several of which were teased but few of which I recall actually seeing. And there should be more real racing analysis if they insist on this lengthy coverage. They should stay away from the retread pieces that we see every year.

I understand that the Derby’s a generally-unchanging event, but there are still different storylines each time around. Maybe search for and emphasize those more, or even just find new ways to package old material? Even if you have to advertise Woodford Reserve, maybe find *some* creative way to make a mint julep. No one is watching Derby coverage for recipes or interviews with celebrities. More horse coverage, less show ponies. As it stands, it’s the coverage that’s become decadent and depraved.

View all posts by Lisa Bucholtz