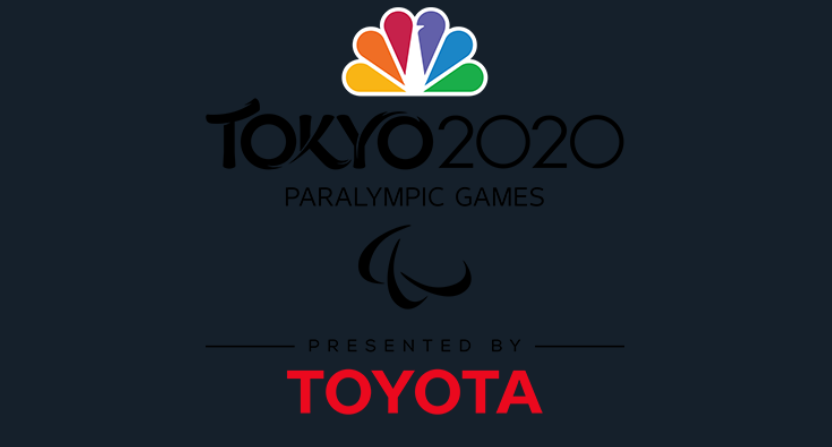 NBC announced their full coverage plans for the Aug. 24-Sept. 5 Paralympics Tuesday, and that includes a lot of tonnage on NBCSN, Olympic Channel, authenticated streaming (NBCOlympics.com and the NBC app), and Peacock. They’ll have more than 200 hours of TV coverage, plus the first-ever Paralympics primetime coverage on NBC. The broadcast NBC coverage will include four during-competition windows (two on Aug. 29, one on Sept. 4, one on Sept. 5) and two following highlights/docuseries shows on Sept. 11 and 12. Here’s more from that release:

Throughout the Tokyo Paralympics, NBCSN will provide daily live coverage totaling over 135 hours, commonly between 9 p.m. – 9 a.m. ET (see schedule below for more details). Tokyo is 13 hours ahead of Eastern Standard Time.

There will be six windows of coverage on NBC. Three of the windows will air in primetime, a Paralympics first, and be presented as a docu-follow series that will showcase the incredible back stories of the athletes and teams competing in Tokyo.

Peacock will feature medal round action in multiple sports, including men’s and women’s Wheelchair Basketball and Women’s Sitting Volleyball, all three of which were won by Team USA at the 2016 Rio Paralympics, plus Wheelchair Rugby and Marathon races. All Peacock coverage will also air on television.

The release there also has a full schedule as currently planned. That schedule is also available at NBCOlympics.com. Hopefully that will help alleviate some of the common complaints we saw during the Olympics of “I don’t know where to find things.” (Although, NBCOlympics had full schedules then too, so this may not solve all of those complaints.)

One note here is that these Games look to be less friendly for full cord-cutters (those who may subscribe to streaming services, but not a virtual MVPD) than the Olympics, though, and less likely to boost NBC OTT service Peacock. While much of the Olympic content still required cable TV or cable authentication, Peacock had multiple Olympic shows plus some exclusive events; it was quite possible to engage with a decent amount of the Olympics only through Peacock, rather than broadcast or cable or MVPD-authentication-required NBC outlets. This time around, Peacock will carry some events, but every event it has will also be on TV, so there’s no incentive for those who have those TV channels to sign up for Peacock. And with so much of even the streaming here requiring MVPD authentication, it’s going to be hard to follow the Paralympics without that.

At any rate, it’s certainly notable to see NBC airing more Paralympic coverage than ever before, and to see them putting more coverage of these Games than ever before on their broadcast network. And even if a lot of their coverage is going to be streaming-only (their overall TV coverage is two-thirds of what Britain’s Channel 4 is planning), changes in the streaming landscape make that a lot less of a hurdle than it used to be. With the increase in connected TVs and connected TV devices, watching programming on an app rather than a linear channel isn’t as much of a challenge for many as it once was (as long as they know that it’s there). But there is still a hefty MVPD authentication requirement here, and that means NBC’s Paralympic coverage is definitely targeted more at those who have access to their broadcast and cable networks, and not at those who only have Peacock.