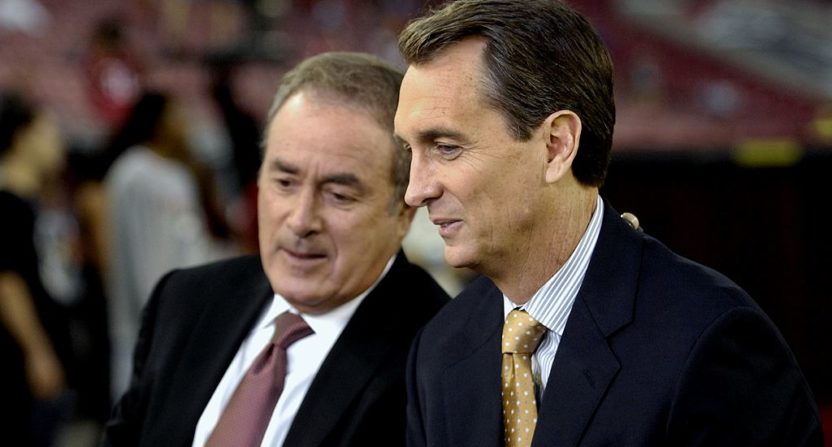 NBC Sports is the latest sports media outlet asking its top earners to take pay cuts during the COVID-19 shutdown of sporting events and the significantly reduced ad revenues resulting from it.

As reported by Sports Business Journal’s John Ourand, all of the network’s on-air sports talent agreed to voluntary pay cuts ranging from a five to 10 percent reduction. The cuts in salary are reportedly temporary and will apply through the end of 2020.

NBC Sports’ salary reductions follow voluntary pay cuts at ESPN announced a month ago. In addition to 100 of the network’s top earners among on-air talent accepting 15 percent salary cuts, ESPN executives are reducing their salaries by 20 to 30 percent.

On-air talent at Fox Sports also recently accepted a similar pay cut. As Ourand points out, CBS is the only broadcast sports outlet that hasn’t yet asked on-air talent to take pay cuts.

“Our on-air personalities reached out to see how they could contribute to helping our company during this difficult time, and all have voluntarily accepted temporary pay reductions,” NBC Sports Group President Pete Bevacqua said in an official statement (via SBJ). “It’s another reminder of the truly great team we have at NBC Sports and how we’re all working together to get through this immense challenge.”

The voluntary pay cuts at NBC Sports take effect a week after NBCUniversal executives reduced their salaries by 20 percent, while employees drawing annual salaries of $100,000 or more are taking a three percent cut.