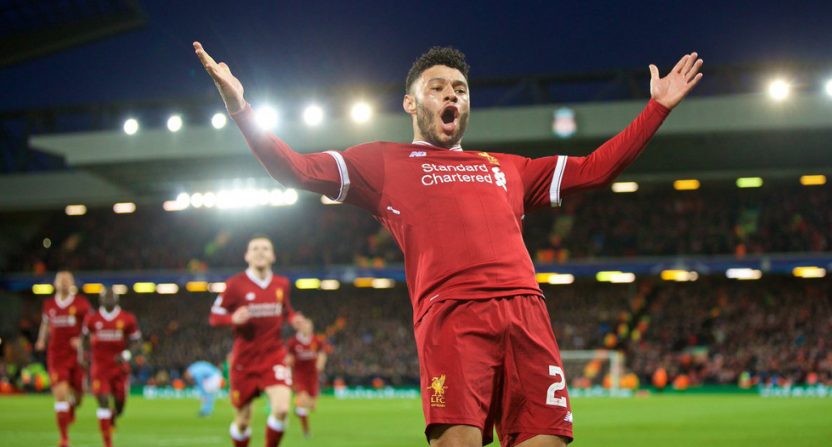 If you want to watch any of NBC’s Premier League coverage next Wednesday, your cable subscription will be of no use.

On Wednesday, NBC announced that all four matches on July 15th, along with all of the studio coverage of those matches, would be aired exclusively on Peacock, NBC’s new streaming service that launches next week.

Four matches will be put behind the Peacock wall next week: Burnley-Wolves, Manchester City-Bournemouth, Newcastle-Tottenham, and most surprisingly, Arsenal-Liverpool. Putting a match like that one, with two incredibly popular teams competing, sure is a gamble and probably will result in plenty of pissed off fans on social media.

The matches will also be available to NBC Sports Gold subscribers, since those Gold-exclusive matches have also been available on Peacock to Xfinity subscribers who received early access to Peacock on April 15th. NBC announced that those matches would be on Peacock back in January.

If you’re a qualifying Xfinity customer, or a Gold subscriber, you shouldn’t be all that put out by this decision. You’ve already got access to the matches and won’t need to jump through any hoops (aside from the usual streaming-related pitfalls) to watch. But if you don’t subscribe to Gold and subscribe to another cable service (or no cable service at all), you’re probably going to be a bit peeved. Sure, you can stream the matches through Peacock’s website, but that’s not beneficial if you have a giant TV made for watching sports.

Also, Peacock still hasn’t announced a deal for its app to be available on either Amazon or Roku devices, the two most popular streaming device manufacturers. If you stream your content through an Amazon or Roku device, you’re pretty much out of luck if you want to stream Peacock on your TV (unless deals are announced in the next week). That’s a substantial hurdle, and one that HBO Max has been dealing with since its launch in May (without Amazon or Roku compatibility).

If you don’t mind watching on a computer or you stream your content through a manufacturer that does have a deal done with Peacock (Vizio, LG, Google, Xbox to name four), there is some good news. Viewers won’t need to pay NBC right off the reel to watch any of those matches, because they will be available on Peacock’s free tier (as opposed to the Premium tier, which costs $4.99/month or $29.99/year for non-Xfinity X1 or Flex subscribers).

The premium tier is where Premier League matches will typically live once Peacock launches, but it won’t be NBC’s full schedule. Rather, it’ll just be the Gold-exclusive matches on Peacock. Upgrading to the ad-free version of Peacock Premium will cost $5/month for existing Premium subscribers, or $9.99/month for new subscribers.

If NBC was putting just a handful of matches with little consequence on Peacock next week, their decision probably wouldn’t get much attention. But by putting a match featuring Liverpool, the newly crowned champions, against Arsenal, one of the more popular Premier League teams who are fighting for a European place, on the service, they’re clearly banking on Peacock being a substantial part of their future.