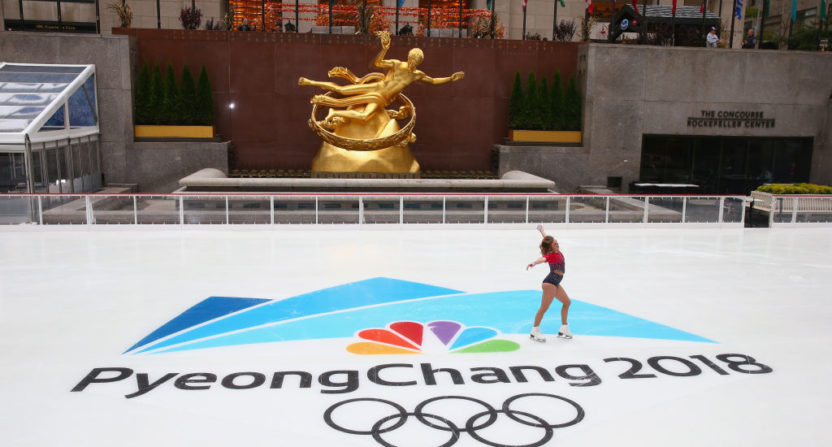 NBC announced last year they’d be switching to their new Total Audience Delivery metric for Olympic ad guarantees. The move made sense; the Rio numbers were down by traditional measures, while their TAD numbers showed more promising returns.

Given NBC’s need to maximize returns on their sizable Olympic investment, it makes sense they’d try to find a way to translate what they view as the more accurate audience into advertising money. (Lumping streaming audiences in with traditional viewers was always going to happen; it’s the logical endgame.) Getting advertisers on board, though, was a key step; from their standpoint, skepticism makes sense. NBC has all the incentive in the world to make their audience look as big as possible, after all.

Still, it’s silly to pretend that the streaming audience isn’t a massive aspect to modern viewing habits on the whole, and modern Olympic coverage specifically; streaming at work is half the point, and it’s also often the only way to get the full, unedited event coverage.

Hence the switch for Pyeongchang, one that NBC is hoping sets the tone for their audience metrics going forward.

“Rio was a wake-up call for everybody,” Dan Lovinger, evp of advertising sales, NBC Sports Group, said last month. “It forced us all, after the games, to really think about how the Olympics are being consumed.”

For starters, connected TV devices, which weren’t part of the Sochi measurement two years earlier, “made up 30 percent of all digital minutage consumed in the Rio games,” said Lovinger. Nielsen is counting it differently, but “it’s the same viewing experience, so why shouldn’t we be aggregating that audience, and monetizing it in the same fashion?”

That led to the creation of TAD, which gave the team “the ability to work with advertisers over the course of these 18 nights and days and make sure we deliver them. It is really just a common denominator demo. It works in digital. It works in linear. Households doesn’t work in digital,” said Lovinger. “We wanted to be able to move on a dime between linear and digital if we saw spikes in one type of viewing or the other.”

It certainly makes sense that in an industry so heavily reliant on data, “getting more data and more accurate data” would be a driving principle. It’s also probably the way forward for the entire advertising revenue model; streaming isn’t going anywhere anytime soon, and it is likely that the traditional ways we measure viewership have lagged behind the shifting in viewership mediums.

NBC has Olympic rights through 2032, so it remains a very important tentpole property. Leveraging it to the max is understandable, and it’s likely a preview for how we’ll discuss everything in the near future in terms of ratings.