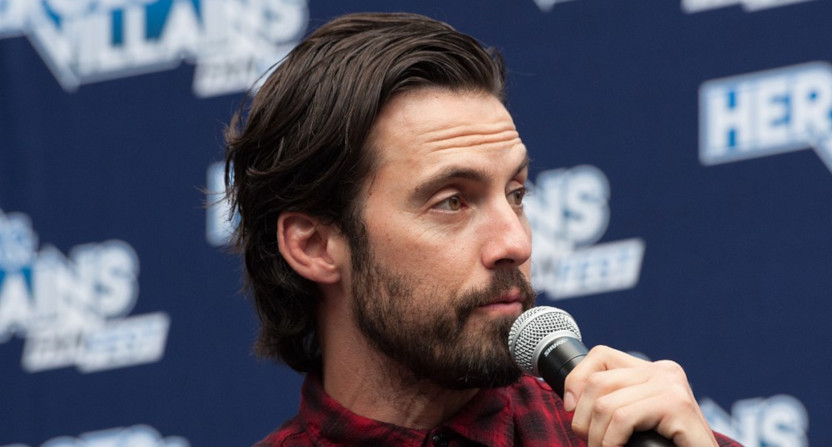 What if I told you there was an upcoming media project with a lot of focus on a sports coach? No, not the movie with Kevin James playing Sean Payton, and no, not the Amazon Field of Dreams series with Nick Offerman as a grumpy manager; this is about someone coaching a kids’ team. No, not the movie with Ben Affleck coaching boys’ high school basketball, or the series with John Stamos coaching girls’ high school basketball: this is about a former hockey player turned youth coach in Minnesota. And no, it’s not The Mighty Ducks movies or the recent (and now Estevezless) The Mighty Ducks: Game Changers. Instead, this is NBC buying a script for a Hometown Saints series from This Is Us star (and subject of the world’s most notable Crock-Pot tweet) Milo Ventimiglia (seen above in 2017). Here’s more from Lesley Goldberg at The Hollywood Reporter:

The actor and his DiVide Pictures banner have sold drama script Hometown Saints to the network. The project is produced by 20th Television, the Disney-backed studio behind This Is Us and where DiVide is housed with an overall deal.

Hometown Saints revolves around Billy Riedell, a retired hockey player who struggles to figure out who he is now that his career is over. He ends up back in his hockey-crazed Minnesota hometown, reluctantly coaching a girls’ high school team.

Granted, there are probably more nuances to this than that paragraph reveals, but that description sure sounds familiar:

It’s very funny that they picked Minnesota, too. “What about all the hockey-crazed hometowns in Michigan, or Wisconsin, or (god forbid) Canada?” “Nah, let’s go with the state they made three movies and a TV series about youth hockey in.” Now that feels like a “Can I copy your homework?” meme. And it’s also funny that this is now happening at NBC, right after they exited the NHL deal they had for a decade-plus. So much for those particular cross-promotion opportunities!

At any rate, this is obviously still at a pretty early stage. Maybe more information on what will differentiate Hometown Saints will emerge over time. And even if it isn’t that different, there does seem to be a lot of studio interest in stories about youth sports coaches right now; we’ll see if that translates into audience interest.

[The Hollywood Reporter; photo from Heroes and Villains on Wikipedia]