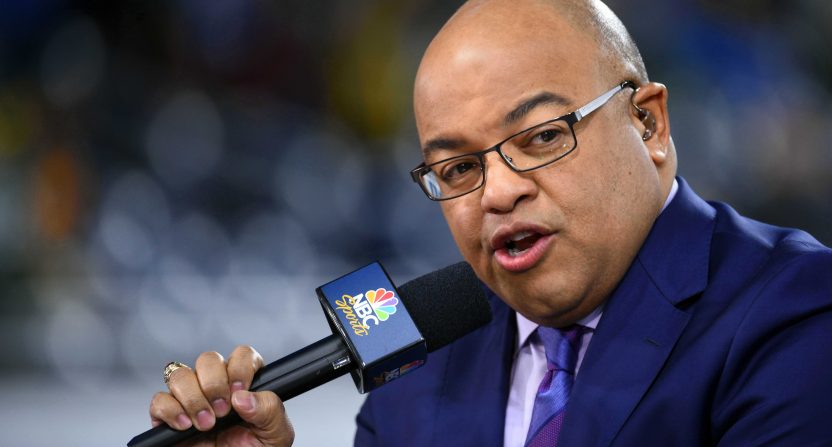 Mike Tirico has a remarkable broadcasting résumé, with big-time sports coverage particularly in the NFL (calling Monday Night Football from 2006-15), NBA, college football, golf, tennis, and soccer departments. But until Wednesday night, the 52-year-old had never called an NHL game.

Well, Tirico was the play-by-play man for Wednesday’s game between the Chicago Blackhawks and Detroit Red Wings on NBCSN, and fans seemed to enjoy his performance alongside Ed Olczyk.

And here’s Tirico’s call of Patrick Kane’s game-winner for the Blackhawks in overtime:

"Who else but Patrick Kane with an overtime game winner!"@miketirico nails his first @NHL overtime call, via @EASportsNHL! #Blackhawks pic.twitter.com/amYZWWyO3B

Tirico’s immediate success isn’t exactly surprising, seeing as how he’s been terrific in pretty much any previous play-by-play or studio-hosting role across the sports world. But hockey play-by-play may be the most difficult job in the business, featuring a sport with extremely fast-paced play and difficult names to pronounce from across the globe.

Here are some tweets from viewers impressed with Tirico’s debut:

It's official: there is absolutely no sport Mike Tirico can't call.

Mike Tirico is such a pro that his first hockey broadcast sounds like it should be his 100th. Or more. So smooth.

Let’s just find a new sport for Mike Tirico to call every week. He’s rolling on this NHL broadcast.

Mike Tirico making his first NHL call sound far more effortless than the rest of us pretend it is. #respect