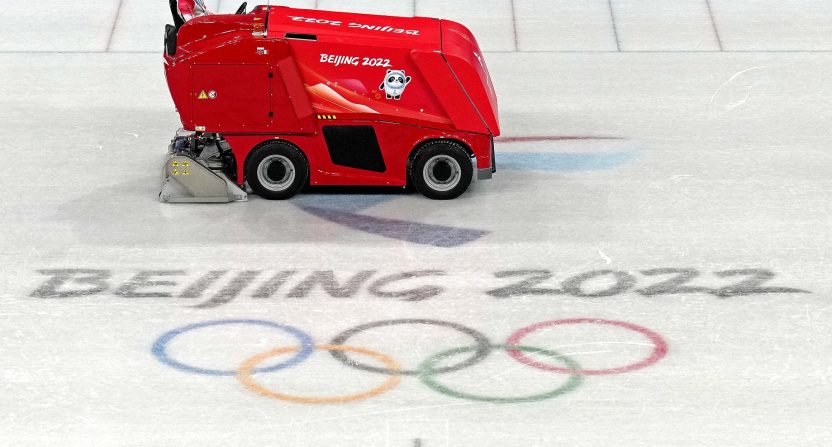 On Thursday, NBC announced that Katie Nolan would be joining the network’s Winter Olympics coverage.

At NBC, Nolan “will create daily short-form content” for the company’s platforms.

“We are excited to welcome Katie to Team NBC Olympics, where her unique storytelling ability will be utilized across multiple platforms,” said REBECCA CHATMAN, Vice President and Coordinating Producer of NBC Olympics production.

“I always dreamed I’d go to the Olympics one day,” Nolan said. “Technically in the dream I was winning gold for Team USA, but I’m thrilled at the chance to win one with Team NBC Olympics. We get medals for this, right?”

This is Nolan’s first (mostly) significant sports media gig since leaving ESPN at the end of September.

Given that the audience for the Olympics usually trends older, Nolan’s content should theoretically bring in some younger viewers while also freshening up the network’s approach to covering the games. At the same time, it’s “daily short-form content,” so this won’t cause some sort of seismic shift in viewership or strategy.

More than anything, this seems like an attempt by NBC to expand their shoulder content around the Olympics. And hey, that’s fine and something they absolutely should be doing, but expectations should really be tempered here.