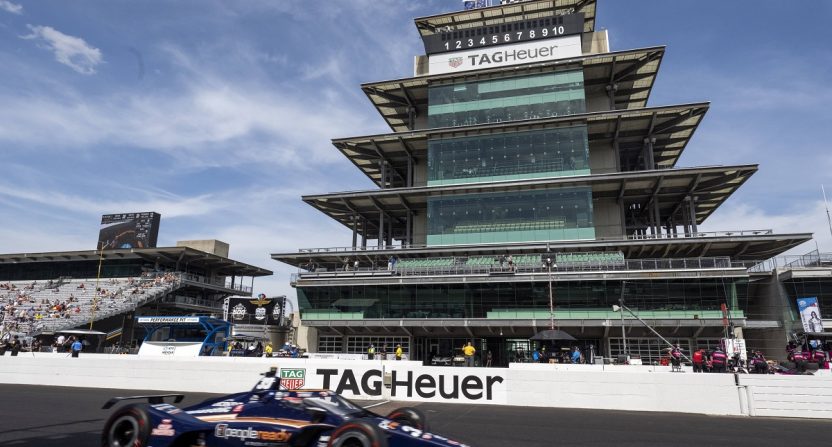 Local television blackouts are one of the more impossibly dated aspects of broadcasting history, a relic of a time when viewers were essentially punished for not buying a ticket to attend a game or event in person.

The Indy 500 is notorious for this, with a longstanding blackout for Indianapolis and central Indiana. Considering the race capacity is usually around 350,000, it’s nearly impossible to “sell out” the entire venue, and indeed the race has been blacked out for the local region all but five times in the history of the venerable event. This year, with capacity limited due to the pandemic, officials waited until the last minute to announce that the blackout will indeed be lifted for Sunday’s 105th running.

Race fans across Central Indiana can tune in to this year’s #Indy500 on @nbc.

“We’ve hit our capacity for this year’s Indianapolis 500 and look forward to hosting 135,o00 fans at the world’s largest sporting event since the pandemic began. We’re thrilled to welcome fans “Back Home Again” and appreciate our loyal customers and their continued support.

With no more tickets available and 40 percent of venue capacity reached, we have decided to lift the local broadcast delay for this year’s race. Central Indiana spectators will be able to tune in on NBC beginning at 11 a.m. We look forward to an exciting and historic edition of the Indy 500 this weekend.”

This is welcome news for many in the state, but it’s important to remember that the policy itself is impossibly dumb! This is only the fifth time it’s been lifted. IMS also lifted the blackout last year amidst a pandemic for the delayed September edition. In 2016 the race did achieve a sellout, thanks in large part to it being the 100th anniversary edition. Prior to that, though, you have to go all the way back to 1949 and 1950 for the other two examples of the blackout being lifted.

Considering all of the many decades that saw the race fail to sell out with the blackout in place, you’d think that maybe officials would have realized the strategy wasn’t working. Starving local fans of the race year after year likely just prevented new generations from appreciating the race. Even this year, it still took the reduced capacity due to COVID-19 restrictions to lift it.