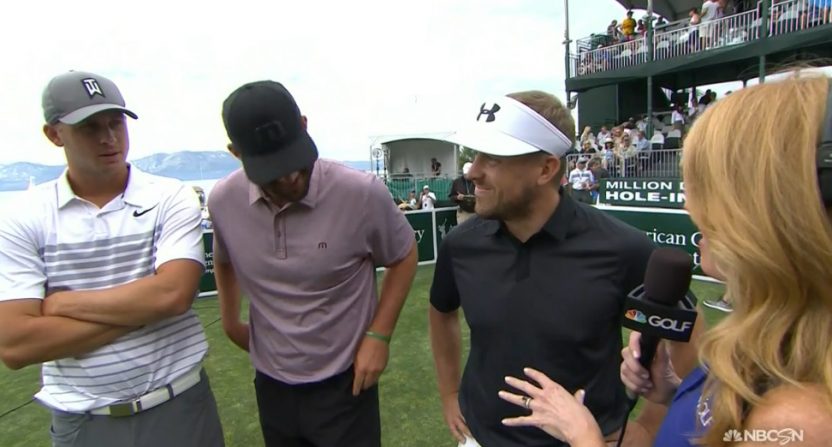 For some reason, people seem to have issues with Denver Broncos’ quarterback Case Keenum’s name. (For the record, it’s just pronounced “Case,” like the latest adventure of Sherlock Holmes.) When introducing Keenum as his new starter this March, Broncos’ general manager John Elway got the Case part right but flubbed Keenum to “Keesum,” although he did correct immediately. And Friday, at the American Century Celebrity Golf Tournament in Lake Tahoe, NBC Sports’ Heather Cox twice called Keenum “Chase” while interviewing him (and fellow NFL QBs Jared Goff and Blake Bortles):

The best part of this may be the way that Keenum turns his head to grin at the other quarterbacks after both “Chase” references, with a “I can’t believe this happened again” sort of expression. Poor Case. Maybe someday, somewhere, someone will get his name right.

Worst part is, I’ve known Case since covering him in college & have covered him in the NFL. No excuse… I blew it. Didn’t even know I’d done it till after the interview. My apologies @casekeenum7 How about you call me Holly tomorrow and we’ll call it good?!?