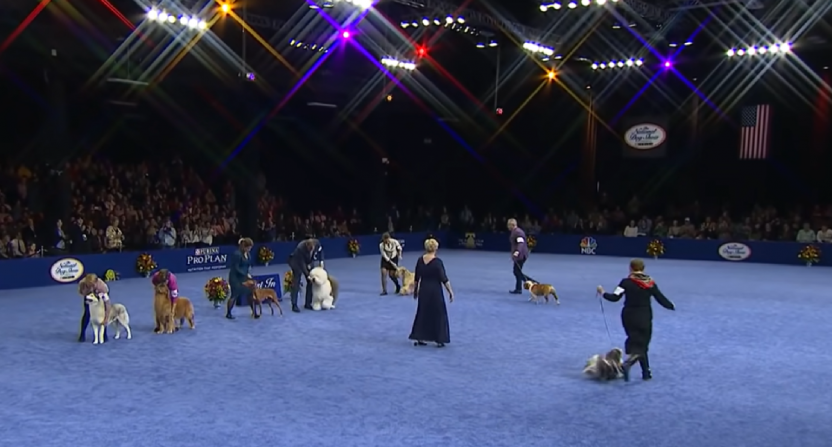 The Baltimore Ravens and Pittsburgh Steelers saw their scheduled Thanksgiving night game moved back to Sunday thanks to a COVID-19 outbreak among Baltimore’s players and staff.

The Ravens actually went so far as to publicly acknowledge that they’ve disciplined a staff member for being the cause of the outbreak:

Statement from the Baltimore Ravens. pic.twitter.com/EjDmDSt2Ky

The #Ravens disciplined a strength and conditioning coach for not reporting symptoms and not consistently wearing a mask or tracking device, which may have contributed to the team's rash of COVID-19 cases, per sources.

The Steelers aren’t happy about this, and presumably Baltimore is also not pleased, but the most aggrieved party might be NBC. Instead of having their showcase Thanksgiving game, they’ll now be doing two games on Sunday, with Steelers-Ravens currently set for the 1 PM ET window. That’s a massive downgrade from a ratings perspective, and their replacement programming isn’t exactly going to be a like-for-like draw.

On Thanksgiving night, NBC will air an encore of the "National Dog Show" (8pm ET) and "The Wall" at 10pm.

No offense to the very good dogs (and the presumably okay contestants on The Wall), but that is a big blow to the network, despite NBC Sports head Pete Bevacqua framing it as positively as he could to SBJ’s John Ourand:

Bevacqua: “This is not ideal for anyone. The teams, the NFL, us — everybody wants that great Thursday night game to be on Thanksgiving night. But this year is just different. … Any of our partnerships, you need to be on your toes this year. You need to be flexible. You need to be able to call these types of audibles. It’s the hand that everybody’s been dealt. What’s been encouraging is the level of cooperation across the board in sports. That’s good for everybody.”

He’s obviously right, in that there’s just no way to really avoid something like this happening. Had it been a Sunday game, perhaps something else could have been flexed, but you can’t ask teams to play earlier in the week than scheduled, at least not this late in the process. But that’s just how it is right now, and it could happen to any network with any live game planned at any time. Unfortunately for NBC, it happened at one of the least ideal times, as Sportico’s Anthony Crupi pointed out.

According to Standard Media Index data, NBC last year booked a staggering $70.9 million dollars on its in-game Thanksgiving inventory, a total derived from an average unit cost of $1.05 million per 30-second spot. The previous season saw the network rake in $69.5 million in sales, on an average rate of nearly $925,000 a pop.

While NBC has retained its rights to the stalled AFC North contest, it likely will have to renegotiate its in-game ad rates. Per SMI intel, the going rate for units sold in the early Sunday regional window on CBS and Fox runs anywhere between $100,000 to $300,000 per half-minute increment, depending on the number of markets in which a particular game airs. NBC is expected to air the rescheduled game in nearly 100% of its markets, but pricing will also reflect the fact that the Ravens-Steelers bruiser will go head-to head with seven other games. (For what it’s worth, this gives NBC its first-ever virtual NFL doubleheader; on Sunday night, the Bears and Packers are slated to butt heads at Lambeau.)

Obviously re-airing the National Dog Show (traditionally aired directly after the Macy’s Thanksgiving Day Parade) isn’t going to be the night that NBC wanted. Nor is losing a game to the early window on Sunday (if the game happens at all this weekend.)

That’s 2020, though. At least NBC has some football to sell.