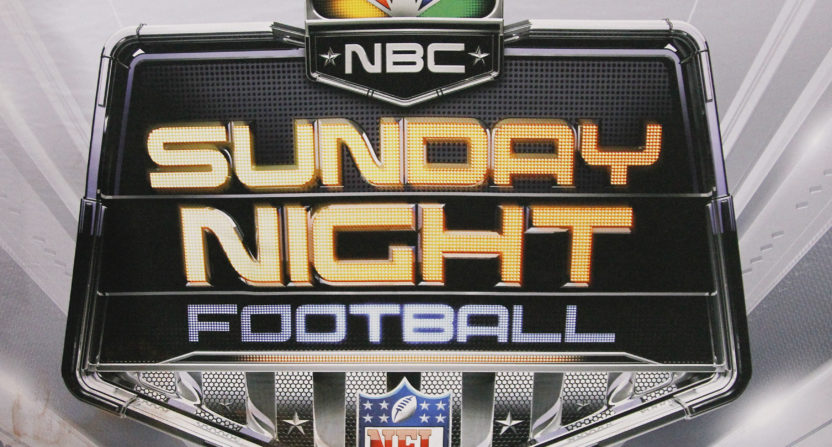 Sunday Night Football viewership took a tumble in 2017, falling to its lowest level since 2008. But in a testament to the primacy of the NFL and the troubles of the television industry, SNF still rated as the most-watched primetime show in America. In fact, its lead over its closest competitors actually grew from previous years.

According to NBC, Sunday Night Football had its most dominant season ever in terms of both average viewership and household ratings. As the following charts show, substantial distance separated SNF and runners-up Thursday Night Football, Big Bang Theory, and NCIS.

If these numbers hold through the end of the 2017-18 TV year, Sunday Night Football will be television’s No. 1 primetime show for the seventh consecutive year, besting American Idol’s record for longest such run.

The fact SNF could lose viewers but actually increase its stranglehold on the industry is evidence that the NFL’s ratings problems owe more to issues affecting the TV industry at large (i.e. cord-cutting) than to issues specific to football (e.g. head injuries, protests). If the NFL isn’t slipping any faster than everyone else, it’s tough to argue that the league’s unique problems are greatly affecting viewership.

But regardless of the long-term implications for NBC and the NFL, SNF’s rating relative to the field offers a strong reminder that even as the NFL struggles, it remains head and shoulders above everyone else.