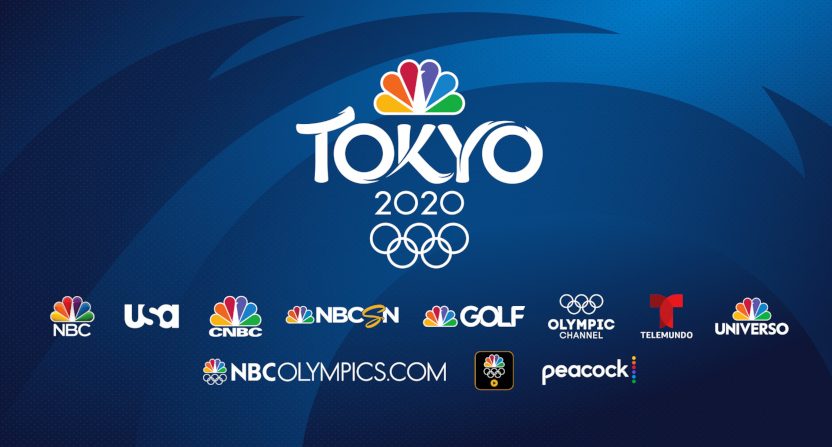 There’s a lot to consider with discussions of Olympic ratings, from the Tokyo time zone to the events taking place a year later than planned and coming with local resistance, no spectators, and vaccination controversies. There’s also the general recent declines we’ve seen for many sports ratings and the dramatic changes to the streaming picture since 2016. With that in mind, one of the most important areas to consider may be the bottom line. NBC was expecting a record profit as of June, and while they’ve seen plenty of blows since then (including Simone Biles’ early exit from the gymnastics competitions; executives had previously cited her as an athlete they were focused on), a Bloomberg article from Gerry Smith published Friday says they’re still on track to make money despite audience declines (a 42 percent average night viewership drop from Rio 2016) that will require make-goods.

Comcast Corp sold more than $1.25 billion in commercials for this year’s Olympics, a record. It is paying about $1.1 billion for the broadcast rights.

…While ratings are down from 2016, what matters most to advertisers is what NBC promised them. Ad deals are based on either viewership or “brand growth,” a term for how viewers view a brand compared to competitors. Every deal with advertisers is different.

“We know that our platform will deliver and impact for advertisers,” Mark Marshall, NBCUniversal’s president of advertising and partnerships, said in a statement. “Our teams are talking to our partners every day to make sure we help them achieve their goals throughout the game.”

…In a call with investors on Thursday, NBCUniversal Chief Executive Officer Jeff Shell said he expects to profit from the games.

An important part of the discussion here is how significantly many other sports events (including the recent NBA Finals, the recent Stanley Cup Final, the 2020 Stanley Cup Final, and the 2020 World Series) have dropped off in the past year-plus. Beyond that, the wider entertainment TV universe has also seen major declines. And for the biggest advertisers in particular, the amount of overall reach an event like the Olympics can provide is still valuable, even if that’s much less than it was for previous Games. So it’s somewhat understandable how NBC could still project a profit here despite these losses. (And some of that may be about accounting measures and future considerations, too.)

With all that said, though, it’s still interesting to see NBC executives committing publicly to these Olympics being profitable despite the ratings drops they’ve seen. Yes, there’s a lot of context with those ratings drops, and yes, a lot of that is factors not specific to NBC or the Olympics. But a 42 percent average viewership drop from the last Summer Games NBC aired is still a big deal. And it’s at least somewhat remarkable that they’re still saying publicly that they’ll come out ahead despite that drop.