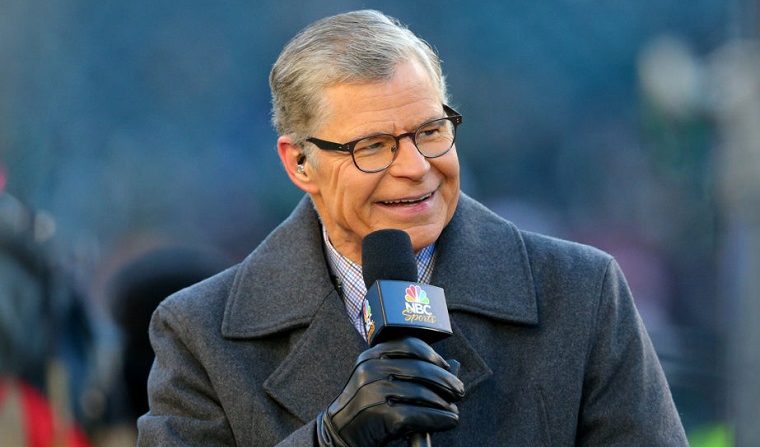 Dan Patrick has landed a new gig, but it’s not where you think.

The NBC Sports radio host and TV personality told The Big Lead’s Bobby Burack this week that he will take over for Joe Buck on DirecTV’s interview show Undeniable.

Undeniable airs on AT&T Audience Network, which is available through DirecTV. As The Big Lead points out, the expected merger between AT&T and Turner could open up the possibility of Undeniable spreading to other platforms.

Patrick was a bit more coy about his other ventures. With his gig hosting NBC’s Football Night in America ending and the future of his radio show simulcast on NBCSN in some doubt due to the network’s rumored interest in a morning show, the former SportsCenter anchor has admitted to having interest in a return to ESPN. In his conversation with The Big Lead, he said no reunion was in the works but wouldn’t rule out the possibility sometime down the road.

Still, he said, “never say never,” when asked if he will ever move back to ESPN, but he does not envision that happening in the near term.

Patrick said he is very proud of his time at “The Mothership” but a return is not something he is craving.

At this point, Dan Patrick-to-ESPN has turned into a Jon Gruden-to-the Raiders (or Katie Nolan-to-ESPN) situation in which it seems almost certain to happen at some point, and the only real question is when. But until Patrick and the folks in Bristol make something work, hosting Undeniable will have to suffice.