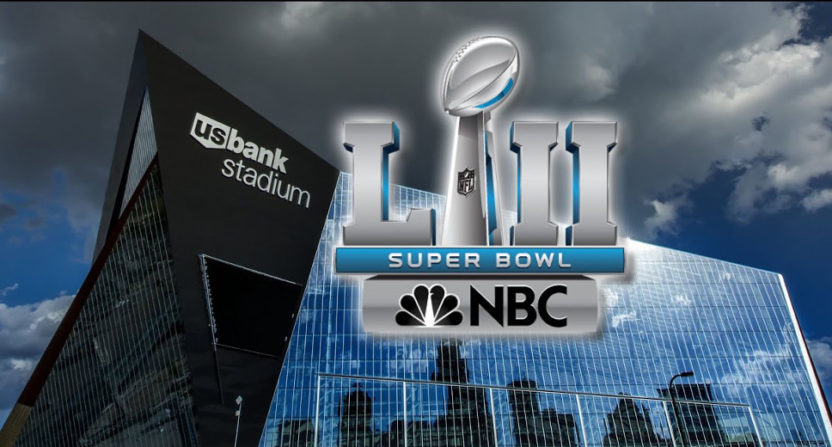 There’s been a lot of talk this NFL season about protests and how they relate to ratings drops, and that’s come up from the corporate side as well. Some examples include NBC Universal chairman of advertising sales and client partnerships Linda Yaccarino saying in November that some advertisers had threatened to pull NFL spots over the protests (even if none actually had at that point), and Papa John’s CEO John Schnatter bashing the league and removing the NFL logo from some of their marketing (even if that may have been about an internal NFL power struggle, and even though it backfired for both the company and for Schnatter, who stepped down in December). However, the advertisers seem to think it’s not going to matter for the Super Bowl.

NBC has already discussed a projected income of $500 million for Super Bowl Sunday (counting pre- and post-game programming), similar to what Fox made last year, and projected per-ad prices above $5 million for 30 seconds, a hike over what Fox charged. (Fox made some extra money thanks to last year’s game going to overtime, the first-ever Super Bowl decided that way.) And according to NBC’s Dan Lovinger, the executive vice president of ad sales for NBC Sports Group, that’s not about some brands opting out over protests but there still being others who want in. In fact, Lovinger told AdWeek’s Jason Lynch that no advertisers they talked to about the Super Bowl even expressed concern about protests:

“Nobody that we’ve approached has said we’re not interested because of what’s going on,” Lovinger said. “The Super Bowl transcends the league itself and all of those things that have come up in the past year and a half. I think advertisers recognize that, and this is the only event I know in television where people actually say they come to the screen to watch the ads more so than the content itself.”

That doesn’t necessarily mean protests won’t be an issue. There may well be player protests during the national anthem, and NBC has said they will cover any protests that do happen. And that’s undeniably going to kick off a firestorm if it does come to pass. But the advertisers aren’t particularly worried, at least according to Lovinger.

What’s also interesting in Lovinger’s remarks to Lynch is that there haven’t been more advertisers jumping on the potential-overtime bandwagon. You’d think more might have tried to get in on that after overtime actually happened last year, but there apparently hasn’t been a boost in companies pushing for those spots.

As is the case every year, a “handful” of brands negotiate Super Bowl overtime ads each year and are “on the ready” if history repeats itself. However, interest in those slots wasn’t stronger than usual, even though an overtime Super Bowl spot is “probably the best value you could buy,” said Lovinger.

Of course, there are some reasons why overtime is a difficult sell. Super Bowl ads tend to require a significant investment in terms of production, and it can be hard to justify that for an ad that may never run during its intended target period. (This can be solved by planning to repeat an ad that’s already aired during the game, but there’s also less upside to be gained from that.) And while the potential benefits of an overtime ad are huge, given that any overtime will likely mark the game’s peak audience, overtime has only happened once in 51 Super Bowls to date, so it’s far from a sure thing. We have seen a lot of close Super Bowls recently, though, so overtime is perhaps more likely than it has been historically. And if it does happen, that could indeed represent great value for advertisers.

But it’s Lovinger’s commentary on brands being unconcerned about protests that’s particularly interesting here. It isn’t clear how much of a role the protests have played in the NFL’s regular-season ratings issues, but they’ve certainly created controversy around the league, and they’ve made some brands a little more critical and a little more leery of partnering with the NFL. That doesn’t appear to extend to the Super Bowl, though, and Lovinger’s comments that that game “transcends the league itself” are certainly noteworthy.

Lovinger is at least partly right, too. The audience for the Super Bowl is much, much larger than the regular-season NFL audience or even the playoff audience, and it brings in a whole lot of people who don’t care about the league in general and perhaps don’t even care about the on-field game all that much. And so while the NFL’s going to continue to debate protests and perhaps keeping players in the locker room during the anthem going forward, it appears any change there is going to be more about optics and fan reaction than about any pushback from advertisers. At least when it comes to the Super Bowl, it seems that the brands are still all-in for the NFL.