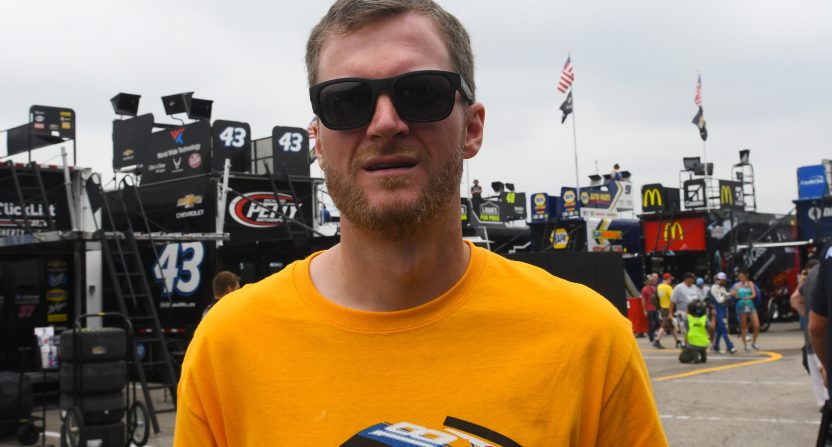 On Thursday afternoon, the NASCAR world stopped after it was reported that Dale Earnhardt Jr., his wife Amy, and their daughter Isla was in a plane crash. The plane, which was owned by Earnhardt, landed and skidded off the runway as Dale was supposed to take part in this weekend’s Xfinity Series and Monster Energy NASCAR Cup Series races in Bristol, TN for NBC.

According to Dale Jr’s sister Kelley, the Earnhardt family and the two pilots are thankfully safe and were taken to the hospital for further evaluation. Earnhardt texted ESPN’s Marty Smith that he and his family were “OK” and after a few hours, Earnhardt arrived at the speedway.

NBC announced that as a result of the crash, Earnhardt will be taking the weekend off from his NBC duties to be with his family.

It definitely makes sense and is the right decision for Earnhardt to sit the weekend out. A situation like this shouldn’t be overstated but it shouldn’t be understated either. Everyone may have escaped without injury but it could’ve been worse. And undergoing an experience like surviving a plane crash is still a very serious situation that can mentally affect someone. Best to have Dale and his family take a moment for themselves and take it easy this weekend.