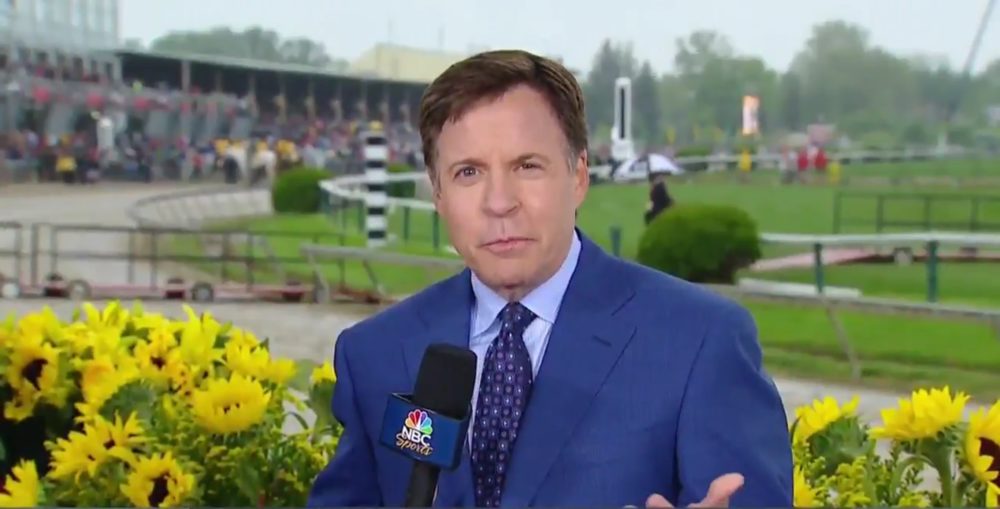 But last year, Costas handed the Olympics hosting torch over to Mike Tirico, and while he was supposed to host Super Bowl LII earlier this month, he stepped aside, letting Dan Patrick and Liam McHugh to co-host. Costas’ statements about the NFL and concussions may have made the decision easier for both he and NBC. Costas told the New York Post, “to not acknowledge that and to just be some houseman for the NFL was something I could not do.”

In regards to the Olympics, Costas seems content to be watching from afar rather than host another Games from an exotic location. He told the Post he’s watching the PyeongChang Games casually, “I’m interested, but not obsessed.”

As he’s in the sunset of his NBC career, Costas is pragmatic about his time with the network:

“My attitude is I have had a wonderful ride and so many wonderful things to look back on and so many great things have happened and great friendships and collaborations, so when things take another turn in another direction, that’s just the way it goes,” Costas, 65, said.

Costas is being termed as a “host emeritus” and is still being paid by NBC, and he’ll likely be back on the Triple Crown and fill-in on other events. He’ll also continue to appear on MLB Network,  calling 20 baseball games this season, but he’s also looking to host a long-form interview show similar to his old HBO shows.

But even as Costas transitions to a new phase of his career, he isn’t taking the bait from anyone who says he’s unhappy with NBC:

While sources told The Post that Costas has felt constrained for a while, frustrated by NBC’s portfolio that failed to match his main interests and the narrowing of his role, Costas pushed back, saying only appreciative things about the current leadership of Comcast/NBC.

Costas said he appreciated being acknowledged by Tirico at the end of NBC’s first night of Olympics coverage. As the Olympics progress, Costas will continue to watch, but he won’t fret over what he might have said about Chloe Kim or Shaun White. Like the rest of us, Costas will watch the Olympics from the comforts of home.