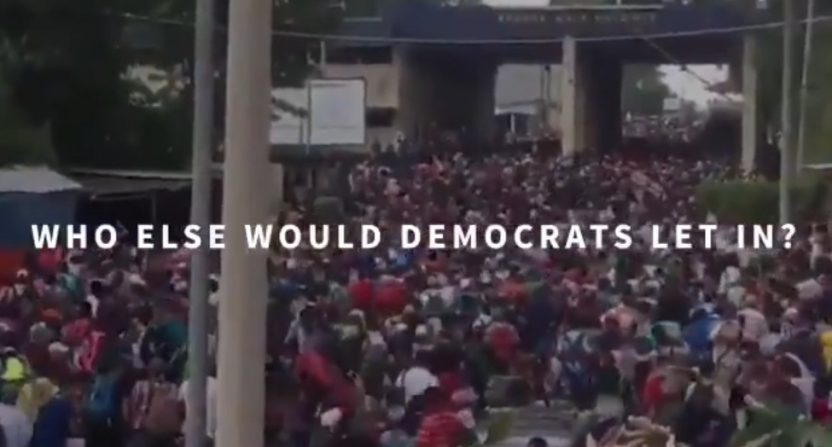 NBC has now determined that a controversial immigration-themed ad unveiled by President Trump last week ahead of Tuesday’s midterm elections is “insensitive” and pulled it from future airings on their platform, one day after showing it to the largest Week 9 audience in the history of Sunday Night Football.

The ad in question shows footage of Luis Bracamontes, who killed two California sheriff’s deputies in 2014 while in the U.S. illegally, as well as footage of Fox News’ coverage of the migrant caravan crossing Mexico and footage of people marching. It concludes with the text of “Who else would Democrats let in?” and “President Donald J. Trump and Republicans are making America safe again!”, as well as a voiceover from Trump saying “I approve this message,” and it first came to prominence when the president tweeted it last week:

It is outrageous what the Democrats are doing to our Country. Vote Republican now! https://t.co/0pWiwCHGbh pic.twitter.com/2crea9HF7G

Since then, many have labeled the ad as racist, including CNN’s PR team in a response to Donald Trump Jr. about why their network declined to run the ad:

CNN has made it abundantly clear in its editorial coverage that this ad is racist. When presented with an opportunity to be paid to take a version of this ad, we declined. Those are the facts. ?

But that didn’t stop NBC from airing a version of this ad Sunday during Packers/Patriots, which just wound up being the highest-rated Week 9 game in the history of Sunday Night Football on NBC:

On Monday, NBC parent company NBCUniversal changed their tune, with a spokesperson saying in a statement “After further review we recognize the insensitive nature of the ad and have decided to cease airing it across our properties as soon as possible.” But that’s a heck of a time to change their mind; as NBC is so fond of reminding everyone, Sunday Night Football was again TV’s most-watched show last year for the seventh year in a row (they consider that a record thanks to how they count different nights of Fox’s American Idol, which topped the ratings in some form for eight straight years from 2003-11). It’s far and away the highest-viewed property on NBC, and it’s quite often the most-viewed property across TV in a particular week (as it was this week as well; Fox’s afternoon games sometimes beat SNF, but Rams-Saints drew a 15.2 overnight to SNF‘s 15.6).

Yanking an ad after you’ve already shown it to by far your biggest audience is quite the play. Yes, this ad won’t be showing up during The Voice or Manifest tonight, but that’s closing the barn door after the horse already left. And really, this move by NBC has the potential to draw criticism from both sides; supporters of Trump can lob the same censorship criticisms at them that they did at CNN for refusing to air this ad, while those who oppose this ad are still going to be upset that NBC already showed it to millions and millions of viewers. So no one is happy and everyone is mad, except for the NBC accounts department. A SNF slot isn’t cheap, after all.