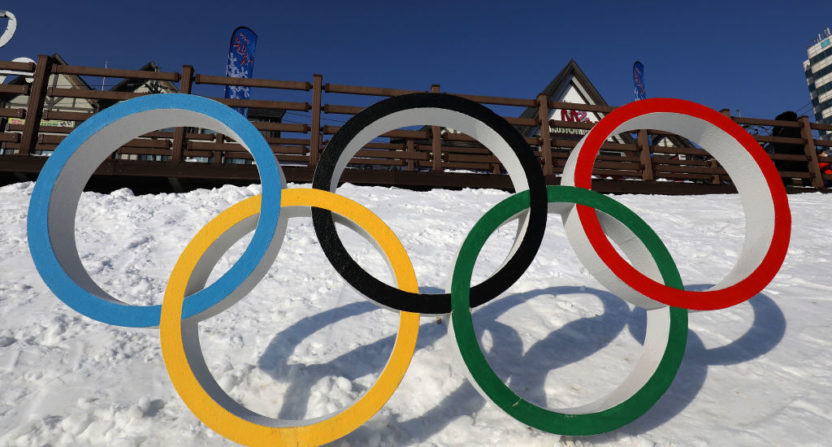 While there hasn’t been too much buzz entering the 2018 Pyeongchang Winter Olympics, they have arrived and we’ll be hearing a lot about the Games over the next two and a half weeks. As you’re well aware, the networks of NBCUniversal will be airing the 15 winter sports from alpine skiing, bobsleigh, ice hockey, luge, skeleton, snowboard, and speed skating (short track and long track).

Let’s take a look at some events you’ll want to watch during the 16 Days of Glory from PyeongChang and its outlying venues. Most will air during NBC’s primetime coverage, except as noted otherwise here.

This is a given. There’s the pageantry, the Parade of Nations and the lighting of the Olympic torch. For the first time since NBC began providing online coverage of the Olympics in 2008, it will stream the Opening Ceremony live. Should you want to get up early or are a habitual early-riser, NBCOlympics.com and the NBC Sports app will have the live coverage of the Opening Ceremony through Olympic Broadcasting Services at 6 a.m. ET/3 a.m. PT.

If you’d rather see it on delay as NBC usually does, you’ll have to wait until 8 p.m. ET/5 p.m. PT to see new primetime host Mike Tirico and former Today show co-host Katie Couric give their perspective on the whole thing.

One of the Winter Olympics’ glamour events, the men’s downhill will be aired during NBC’s primetime coverage on Saturday. Norway’s Aksel Lund Svindal is a medal favorite, as is 2014 gold medalist Matthias Mayer from Austria, who is attempting to become the first-ever repeat Olympic champion.

Mikaela Shiffrin, who won her first Olympic medal in Sochi four years ago, goes for her second in this event.

The sliding sports are always fun to watch. The final runs of skeleton take place on this day. Americans Matt Antoine and John Daly are hoping to hit the podium.

Nathan Chen, 18, from the U.S. will be going for gold in a field that includes defending champion Yuzuru Hanyu of Japan.

Short track has become one of South Korea’s favorite sports, so the atmosphere should be electric. South Korea has several medal favorites. Ted Robinson will call short track, as he has dating back to 1998.

Siblings Maia and Alex Shibutani (known as the ShibSibs on Twitter) will be contending for a medal in this event. Tessa Virtue and Scott Moir of Canada are considered a gold medal favorite.

It will be the women’s turn to fly down the mountain, and Lindsey Vonn will be among the favorites to stand on the podium.

Unless there’s a huge upset in the women’s ice hockey tournament, the final should once again pit rivals Canada and the United States against each other. The U.S. won the inaugural women’s hockey gold medal in Nagano in 1998, but it’s been Canada ever since. The Americans are hoping to break that streak in PyeongChang.

The U.S. has sent three representatives to South Korea, yet none are considered favorites to medal. Yevgenia Medvedeva and Alina Zagitova, both of the Olympic Athletes of Russia team, are favorites to win.

Like the Opening Ceremony, the Closing Ceremony will be aired long after it will have taken place. NBC will air it on tape delay at 8 p.m. ET. It will be streamed live on NBCOlympics.com and the NBC Sports app at 6 a.m. ET/3 a.m. PT.

A guide of the events will be included in the daily Viewing Picks.