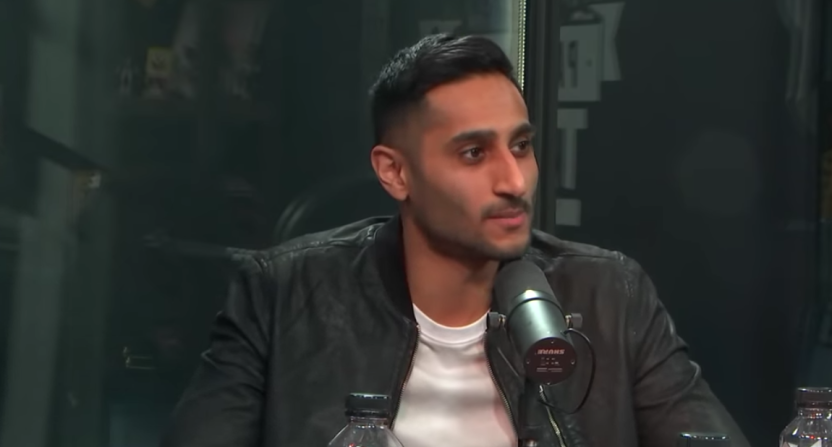 In sports media, the most valuable commodity is information. It’s always been important to be accurate and first. Nothing pulls eyeballs to the screen like breaking news. However, since the rise of Twitter, an entire cottage industry of insiders has dominated the news streams. This business is lucrative and highly competitive — so much so that you know the rivalries: Adrian Wojnarowski vs. Shams Charania or Adam Schefter vs. Ian Rapoport, etc. It’s a race to see who gets the big story.

We crave information, and some of us don’t care how the sausage is made. For fantasy sports, gambling, or fandom, we just want to know what’s going on. Will Stephen Curry play tonight? How healthy is Lamar Jackson? Are the Houston Astros looking to add another lefty reliever? Insiders like Wojnarowski, Schefter, and others deliver the info we want. The appetite for this knowledge has never been more ravenous.

But do we ever stop to think about what takes place behind the scenes? How news is framed, most notably what is included and what is omitted, matters. While the information might be technically correct, it may not necessarily be the whole story. We should always look at the details released by insiders with a critical eye.

To break stories, you need sources. Those sources are people directly connected to the team or athletes. Often they are granted anonymity to protect their identity so they can speak freely about subjects they are either not authorized to talk about or they want to avoid possible reprisal. Fairly standard stuff. Journalism 101.

However, in their competitive zeal, some insiders are willing to go a little further. That’s when things can get murky. Some are more than willing to get an agent’s, player’s, or team’s version of events out into the public so they can be first—even if that means excluding pertinent facts, or not providing proper context.

Schefter started his career as a newspaper reporter, most notably for the Denver Post. The current version of Schefter could not exist in print journalism. He probably would have been fired a long time ago because, in that world, his laundry list of mistakes and breaches would not be tolerated. The most egregious came to light in the fall of 2021 when it was revealed that Schefter submitted an entire piece to then-Washington executive Bruce Allen for approval and flippantly referred to him as “Mr. Editor.” Sources should never be given an advance copy of a story. Absolutely no. Full stop.

Still, none of this has prompted any apparent significant punishment by ESPN. All that matters to the network is Schefter’s news-breaking skills for which he’s paid handsomely. So if The Worldwide Leader in Sports doesn’t care, why should you?

Fair question. As mentioned above, framing and context affect how a story is viewed. And to their credit, more people are calling insiders out when they don’t do their due diligence.

Last week, Charania, The Athletic’s NBA insider, reported on Twitter that Meyers Leonard was getting a chance to work out for the Los Angeles Lakers. He added: “Leonard last played in Jan. 2021, at which point he had season-ending shoulder and ankle surgeries.”

Leonard last played in Jan. 2021, at which point he had season-ending shoulder and ankle surgeries. Based on issues that stem from the ankle surgery, Leonard has been sidelined for almost two years, and recently was fully cleared to work out for NBA teams. https://t.co/NjQx7ZTKyP

However, he initially failed to mention the full story as to why Leonard has been out of the league since then. In March 2021, Leonard uttered an anti-Jewish slur during a Twitch stream in an incident that went viral.

The Miami Heat later announced that Leonard would be “away from the team indefinitely.” He later apologized and claimed he didn’t know what the phrase meant. Perhaps due to backlash, Charania did add those details in follow-up tweets. But questions remain as to why he didn’t do it earlier. Was this a hard-to-believe oversight by Charania, or did his source ask him not to include it? We’ll likely never know the truth.

Insiders might not see themselves as journalists but rather as brokers of information. But Schefter, Charania, as well as others, work for journalistic entities. There should be rules, or at the very least standards. Not all insiders operate this way. Some understand that there are lines that shouldn’t be crossed.

Sadly, many longstanding journalistic practices have become relics of a bygone era. The onus is on us to be vigilant when consuming news.