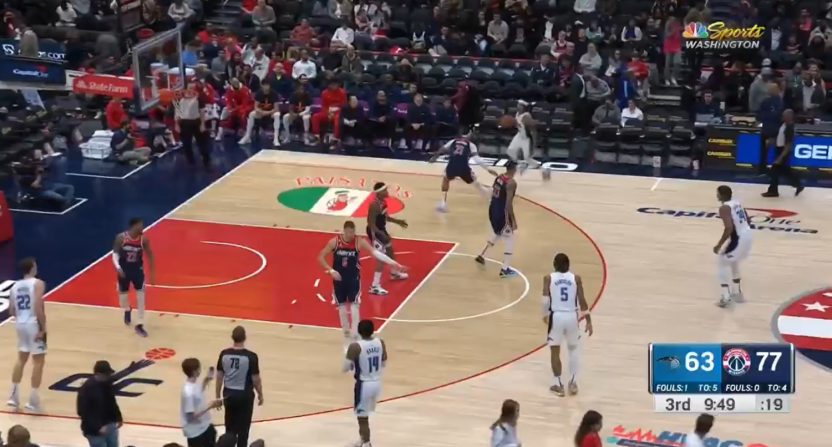 Not to be outdone, the NBA had a possible fart of its own just 24 hours after the NHL had #fartgate trending on Twitter.

Friday night, during NBC Sports Washington’s broadcast of the Washington Wizards–Orlando Magic game, a sound that very much resembled a fart broke loose over the airwaves. This is not meant to be a convicting statement, but the broadcasters of record when the sound occurred were play-by-play voice Chris Miller and analyst Christy Winters-Scott. Take a listen via the clip below.

Maybe it just sounds more like a fart because it occurred shortly after #fartgate was trending on Twitter, thanks to a noise heard loud and clear during Wednesday night’s Vancouver Canucks–Tampa Bay Lightning game. Although I have a feeling someone would have sniffed this one out even if #fartgate wasn’t trending a day earlier.

Maybe Friday night’s NBC Sports Washington noise was a squeaky chair, a strange sneeze, or a player’s sneaker scraping across the hardwood. Or maybe, the sound was indeed a fart, it certainly wouldn’t be the first time someone accidentally let one loose too close to a hot mic. Shortly after the possible fart, play-by-play voice Chris Miller noted there was a timely foul “on the push.”

The curious sound on NBC Sports Washington didn’t get the same #fartgate treatment as the one that echoed through the Canucks-Lightning game, but that’s to no fault of the noise, which was certainly worthy of another investigation.