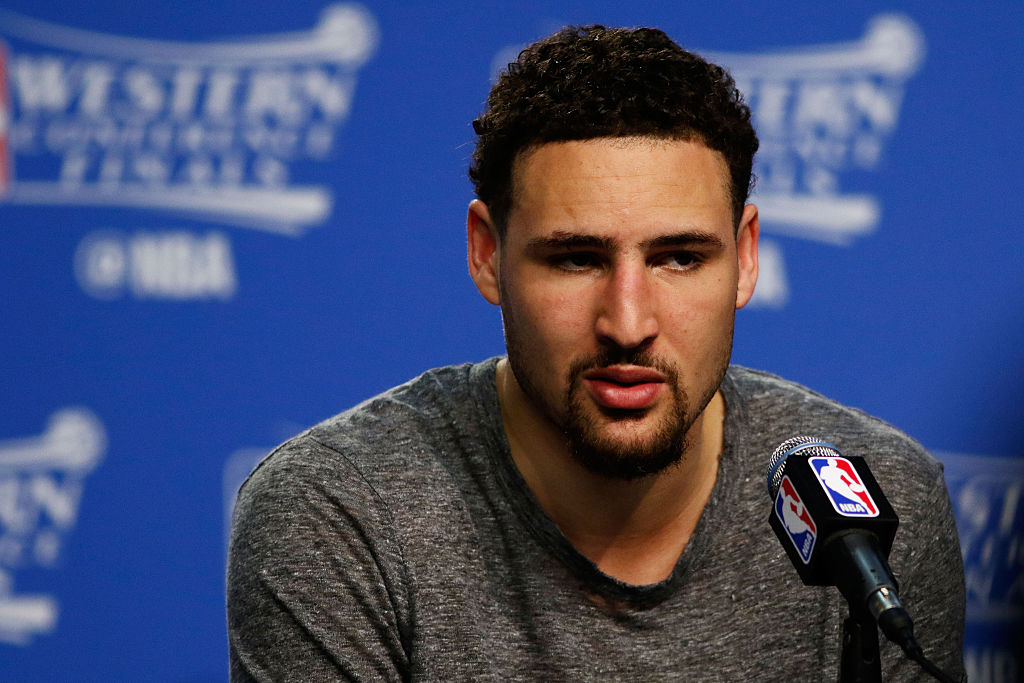 One can only be pushed and bullied and talked about so much before firing back, and Golden State Warriors star Klay Thompson apparently has had enough of the back-talk and criticism from ex-NBA stars and old-school fans.

No critic has arguably been more vocal than Sir Charles, a.k.a Charles Barkley, himself. Barkley’s back talk of the now record-holding Warriors began all the way back in February. He took a shot at Steph Curry, then backed up his thoughts with the old “awful basketball” diss and ended it all with a “I’ve never seen the NBA as bad as this” slam.

Thompson was asked about all the criticism of a team that won an NBA record 73 games this season, and while he didn’t specifically single Barkley out, let’s just say he had a few words for the old-school folks out there…even mixed with a bit of understanding.

“I mean, I think the hate and all that, it’s going to come whoever it is. I’m probably going to hate on the younger generation too when it’s all said and done. I mean, my father still does it. He says we’re soft these days and in this day and age, but I think that’s just natural.”

He isn’t wrong, as most generations tend to rag on the next one coming up behind them as soft or strange or no good. It has to happen, otherwise what does it mean for legacy or your position in the history of the game, right?

Yet, those same critics fail to realize that their own generation made a significantly different stamp on the game from the ones before them. Otherwise, wouldn’t we still be playing in short shorts, have no shot clock and play with that strange-looking lane and no three-point line?

The game evolves, and while the generational debates will rage on for now and forever, it is simply impossible to deny that the 2015-16 Golden State Warriors are one of the best NBA teams of this generation or any before it.

Some day, we’re likely to be comparing a future team to the past glory that was Steph Curry’s incredible shooting range and the flare that these guys played with.

Until then, the Warriors have back-to-back NBA Championships to try and win, and critics to silence.