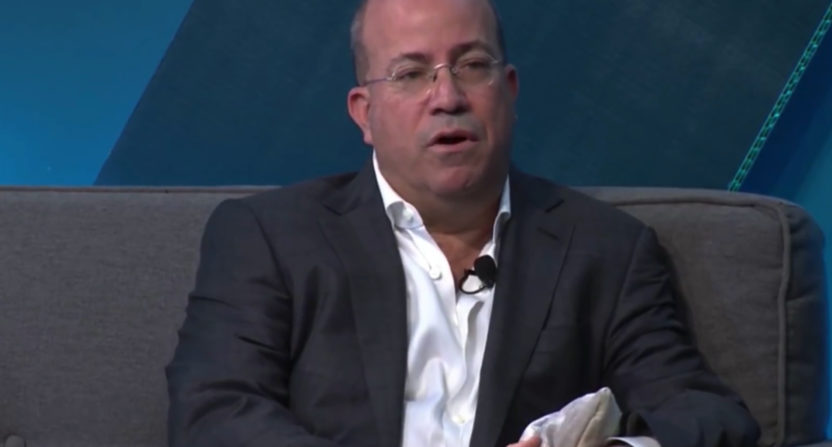 If you follow NBA discussion, you’ve heard plenty of talk around “load management,” the idea of resting star players with injury histories in certain situations (especially back-to-back games) to conserve them for the playoffs. There have been some complaints about that concept from some NBA fans, but where it’s really gone to the next level is in media personalities bashing the idea. And that’s something that comes with more than a whiff of self-interest, especially when it’s ESPN personalities complaining about stars sitting for games aired on their network (which we saw a lot of last week when the Los Angeles Clippers rested Kawhi Leonard for an ESPN game against the Milwaukee Bucks).

Now, it appears that very public criticisms of load management are now coming from executives as well. The biggest example of it yet came Wednesday from WarnerMedia chairman (news and sports) Jeff Zucker. At the Sports Business Journal Sports Management Summit Wednesday, Zucker not only bashed the concept of “load management” (notable, considering how important NBA on TNT broadcasts are for his company), but also said that he wants the NBA to further intervene with teams on it (beyond what they already do, which includes having “independent doctors verify the players’ medical records before approving the absence“).

Here’s what he said, via SBJ’s Ben Fischer:

"I think the league has some influence over teams and i would like them to exert that influence." WarnerMedia Chair Jeff Zucker on load management in the NBA. #SBJSMT

Zucker is far from alone in criticizing this. And to be clear, this isn’t just about the Clippers and Leonard; he’s the most prominent recent example, but other teams have also rested stars, including the Los Angeles Lakers sitting LeBron James and Anthony Davis last month against the Golden State Warriors, But funnily enough, his comments are more critical of this practice than the NBA experts from his own network. Last week’s Inside The NBA discussion of Leonard had some debate over if Leonard was actually hurt or not, and if so, to what degree, but it wasn’t too terribly critical of the idea of resting players in general (especially on back-to-backs):

However, Zucker’s complaints have more in common with what we’ve heard from ESPN. Here are a few clips of the many, many ESPN personalities who have freaked out over this, starting with Stephen A. Smith:

Here are Doris Burke and Mike Greenberg criticizing this, with Jay Williams defending it:

Some of the logic there is particularly curious, with Greenberg claiming it’s not about where the game is televised (sure) and saying “There are 20,000 people who bought tickets to that game and deserve to see the best players in the league play” (last we checked, tickets did not come with a guarantee of any particular player’s participation). And forget  Greenberg’s comments that the league should just play less regular-season games; as anyone with even a basic understanding of NBA economics knows, that just isn’t happening, as that would have much worse impacts on the TV and arena revenues than playing 82 games with some of those games missing stars. Burke’s comments are also notable, including “It’s ridiculous at this point, I don’t understand it…the league also is and should be concerned that their best players aren’t playing on nights when they’re on national TV.”

That really gets to the crux of the issue, and to why we’re hearing so much about this from TV personalities and executives. From an on-court perspective, “nights when they’re on national TV” has absolutely nothing to do with a team’s overall success. Those games count exactly the same in the standings as any other game does. And with 82 regular-season games, there are plenty of nights where you can afford not to play your best player or players in hopes of keeping them fresh for the playoffs.

And this is an approach that has worked. For example, the San Antonio Spurs found great success with it for years, preserving their older players and staying competitive in the playoffs despite an aging roster. And the Toronto Raptors took a heavy load-management approach with Leonard last year given his past injuries, which worked out spectacularly well for them. Leonard played in 66 games, and the Raptors still finished second in the Eastern Conference, but more importantly, they won a NBA title. And a lot of their fans were pretty thrilled with that result, even if it meant some regular-season games they attended or watched might not have featured Leonard. Leonard himself has spoken about the importance of load management for him given his past injuries, and how he’s not thrilled with the media dialogue around it or with the NBA’s actions:

“It’s just disappointing. It feels like they want players to play even if they’re not ready,” Leonard said of the NBA. “I don’t read into it. I have to do what will make me healthy and help the team be successful. That’s me being able to play basketball games for us.”

…“It just helps from me pushing on something that is not ready,” Leonard said. “We’re going to keep managing it moving forward. I’m not a doctor. That’s what the doctors and my training staff is for and letting me know and then telling them how I feel. We have to keep moving forward.”

What a fair bit of the load management debate really comes down to is illustrating the pointless nature of much of the NBA regular season, and that illustrates why it’s media personalities (and now, executives) leading the charge against it. The regular season really doesn’t matter apart from making the playoffs (you can argue that it’s important to finish in the top four and get at least a first-round home-court advantage, but just how important even that is is debatable), and 16 of the NBA’s 30 teams are going to get there. Given how a whole bunch of teams appear to be actively tanking (which is a different discussion, but one that also points out the futility of the regular season) and that others just aren’t that good, it’s even easier to get to the playoffs than pure numbers would suggest, even if you’re sitting a couple of star players every once in a while.

But showing that the regular season is largely pointless is a negative for the networks that air it. And with ESPN in particular, it’s also bad for their debate-industrial complex. Given that the NBA is such a focus of most of their shows, they need to have the regular-season games that take place from October to April matter; what else is Stephen A. Smith going to yell about? And this extends into the game programming space as well; ESPN and TNT are out here to convince viewers that the games they’re showing matter (which is why we see so much discussion about how many national TV dates franchises get, and why that changes year to year based on the projected performance of the franchise), and if star players aren’t going to play in some of them, that hurts those games’ viewership numbers.

Even with that, though, it’s remarkable to hear people like Burke suggest that teams should approach who’s playing when differently based on where the game is televised. And it’s even more remarkable to hear executives like Zucker say they want the NBA to “exert influence” on teams to do not what’s in that team’s best long-term interest, or in the best interests of their players, but what’s in the best interests of television. And that’s really notable considering the infringements on team rights the NBA has already made thanks to criticism around this, including having independent doctors evaluate the injury claims of teams and handing out fines to teams for resting players. Even that doesn’t appear to be enough for the likes of Zucker.

Yes, the TV deals are a crucial part of the NBA’s revenue at this point; national TV deals bring in over a third of the league’s annual revenue (the local TV deals add even more, but they’re less relevant to who’s resting when), and the league has to do what it can to try and ensure that’s it’s providing a product networks want. But suggesting that should extend to the league further pressuring teams to play players on national TV even when that’s not necessarily in the best interest of those teams is a bold comment, and it’s one that shows off some potential problems with the TV-driven nature of the NBA.