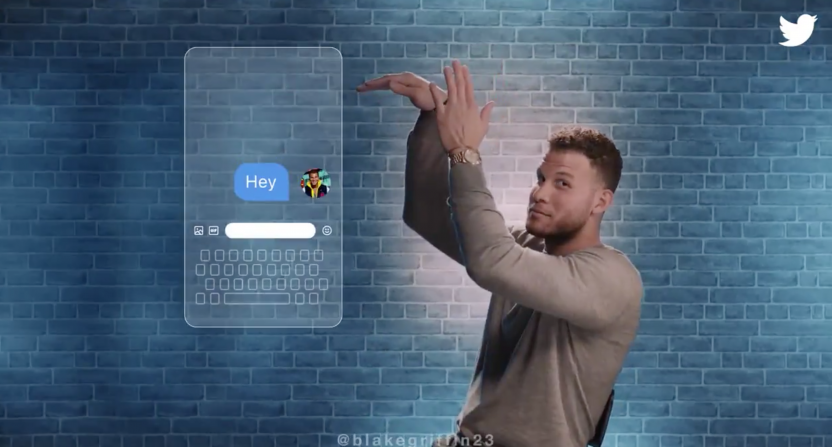 Tuesday night was a banner night for the online community known as NBA Twitter. When The Ringer revealed that Philadelphia 76ers general manager Bryan Colangelo appeared to have had five “burner” accounts that he used to defend himself from critics, slander his own players and leak information about injuries that should have remained confidential, fans erupted with jokes, memes, gifs, and tweet-by-tweet investigations.

So it was perfect timing Wednesday (probably by no coincidence), when Twitter debuted an ad for #NBATwitter featuring numerous recognizable faces. There was Rob Perez calling NBA Twitter “basketball religion,” Rachel Nichols describing it as “a personalized news service,” Charissa Thompson inducting Joel Embiid into the “Twitter Hall of Fame,” Lil B discussing curses and players such as Blake Griffin, Andre Drummond, C.J. McCollum, and Kyle Kuzma discussing their view of the community.

Arash Markazi may have delivered the best line in saying NBA Twitter was sometimes more exciting than actual basketball games.

What’s most interesting about this is the idea that Twitter wants to define the NBA community instead of letting it exist organically. On one hand, this ad might make NBA fans more likely to engage with basketball through Twitter. On the other hand, it also might remove some of the cool-kid sheen from the whole operation. Nothing is quite as fun after the corporate suits get ahold of it.

What’s undeniable, however, is that online NBA fans have created something pretty special on Twitter. In fact, NBA fans might be the only ones still using the platform in the way it was built to be used: for jokes, banter, and community. Thanks to some combination of the NBA’s lax copyright policies, the league’s relatively young audience, buy-in from players, and the dynamism of individual fans and media members, Twitter has become an almost essential place to consume NBA content. Without Twitter, you would have been lost when the Clippers locked DeAndre Jordan in his house, when Chris Paul snuck into the opposing locker room at the Staples Center and when Colangelo was discovered to have copious burner accounts.

If there’s one bad thing you can say about NBA Twitter, it’s that it knows how great it is, and this new fawning ad probably won’t help anything in that regard. Still, the online NBA community is certainly one worth celebrating — even if no one is going to start attaching #NBATwitter to every tweet the way Twitter apparently wants.