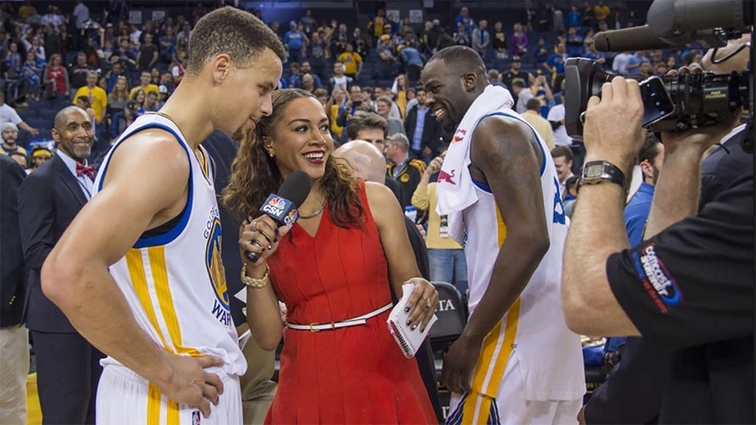 One of the rising stars in NBA broadcasting earned a nice new gig Friday, as former Warriors sideline reporter Rosalyn Gold-Onwude announced she has been hired full-time by Turner Sports.

✨Thrilled to share I will be joining the @TurnerSportsPR family covering the @NBA full time for @NBAonTNT & @NBATV!✨??????✨☺? pic.twitter.com/g8VfpzZtJS

I can't wait to begin this next step in my career & continue to grow with the awesome team at Turner Sports.

…I am so genuinely thankful to the Warriors, NBCSports, #Dubnation & the whole Bay Area in general for some of the best years of my life!

No exaggeration. The. Best. Years. Of. My. Life. Y'all are forever a part of me & dearly cherished. Thank you! ?

I take every single lesson, life-time memory & meaningful relationship with me as I embark on a new chapter w/ Turner Sports!

This move certainly does not come out of nowhere. Gold-Onwude, a former Stanford basketball star, has periodically worked games for TNT during her three-year run with NBCSports Bay Area, and in March, she manned the sidelines for CBS and Turner’s coverage of March Madness. She got an extra Q-score boost this summer when she showed up to the 2017 NBA Awards ceremony with Drake as her date.

Gold-Onwude elaborated on her new position on the “Ball Girl Magic” podcast she co-hosts on Uninterrupted, explaining that she’ll work with the Inside the NBA crew Thursday nights and also do some hosting on NBATV. The job will require her to move from the Bay Area to Atlanta.

TNT’s sideline reporter position has been somewhat in flux ever since Craig Sager got sick, with David Aldridge working most games and a cast of others (including Gold-Onwude) filling in regularly. It’s unclear whether Turner intends for Gold-Onwude to take over that position entirely or if she’ll share the job with Aldridge et al. Regardless, any NBA fan who is not already familiar with Gold-Onwude’s work will be very soon.