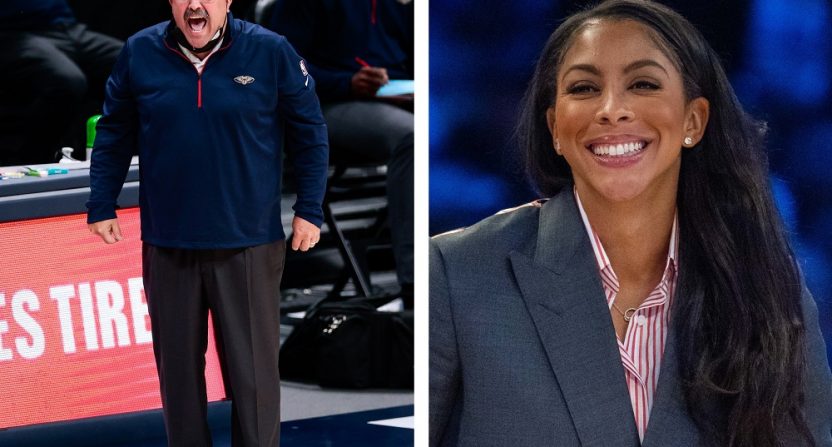 Parker will continue as a studio analyst for Turner, and will appear on the NBA on TNT, NBA TV, and the NCAA Tournament. Over the summer, she went to Tokyo to call Olympics basketball for NBC.

For Van Gundy, his return to Turner seemed written in the stars. He left the company last October to take the Pelicans coaching job, but was fired after one season in charge. His return to Turner was reported last month, and made official today. He’ll again be a game analyst for NBA on TNT broadcast.

Parker’s new deal gives Turner’s NBA coverage more continuity, a stark contrast to ESPN. The NBA’s other national TV partner has consistently changed up their studio coverage over the last few years, especially when it comes to NBA Countdown. Just today, it was reported that Jay Williams would be leaving the show, and that Jalen Rose could be following him. Paul Pierce left Countdown (and ESPN as a whole) this spring, and you’re probably well aware of the Rachel Nichols/Maria Taylor situation that ended up with Taylor leaving the company and Nichols being benched for seemingly the rest of her contract. The two were named cohosts of Countdown two years ago.

So hey, when compared to ESPN, Turner’s NBA studio coverage is an island of calm.