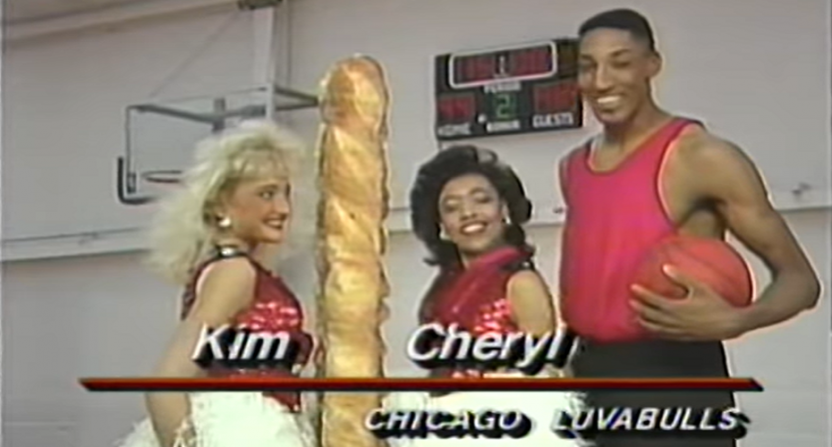 The upcoming episodes of ESPN’s The Last Dance will cover the Dream Team, as well as Michael Jordan’s unparalleled success with product endorsements. The major Jordan endorsements over the years are widely known, such as Nike, Gatorade, Wheaties, McDonald’s, and Hanes. Air Jordans are as popular today as they were when introduced in 1984, despite Jordan being retired from the NBA since 2003. His brand will live on for a long, long time.

But there have been Jordan sponsorships that people may not remember, and there were some extremely 1980s and 1990s commercials that came with those endorsements. That was also the case for Jordan’s star teammate for all six Chicago Bulls championships, Scottie Pippen.

So, ahead of this week’s The Last Dance episodes, let’s take a look at some of the weirdest Jordan and Pippen commercials from the ’80s and ’90s.

This was the most bizarre find. Rayovac was actually Jordan’s first endorsement deal after returning to the NBA in 1995, and he had several commercials for the battery supplier. But I have zero memory of this particular ad, and can’t find any additional information about it. It’s also three minutes long, so it’s really more of a short film or infomercial. Was this actually shown on television? Maybe you can answer that for us.

“They plump when you cook ’em.”

The ads and coupons were all over the place. The commercials even came across as wacky and very over-the-top in the ’90s, so you can imagine how they look more than 20 years later. Here are two examples:

Jordan’s first endorsement deal was with Chevy dealers in his rookie season, 1984. He did many Chevrolet commercials, with most of the commercials featuring him playing basketball. But the following commercial simply has him at the DMV.

“I’ve made shots at the buzzer. I’ve been in championship games. But I’ve never had butterflies like this.”

In this Ameritech commercial, Scottie Pippen leaves his Bulls jacket in a cab, interrupts a pickup game to throw down a dunk while chasing down the cab, and stands in the street with his arms up before the cab slams on its brakes. Pippen then tells a boy in the cab to keep the jacket; he just wants his phone (a Motorola “portable phone,” according to the 1996 commercial).

Quite a lot of action in just over 30 seconds.

“This is one six-foot I can’t handle one-on-one. Ladies, let’s have a party.”- Scottie Pippen