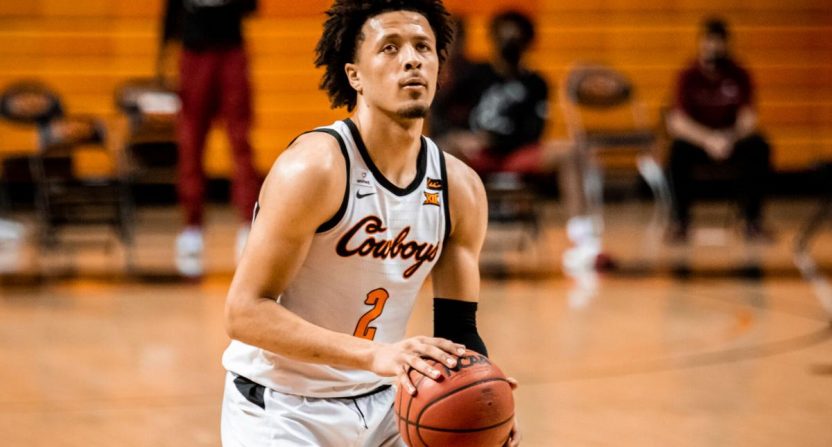 The 2021 NBA Draft is scheduled to take place on July 29, at the Barclays Center in Brooklyn, New York, with the Combine set to be held between June 21-27, and the Lottery scheduled for June 22.

As the NCAA men’s basketball season came to an end, with the Baylor Bears lifting the trophy in Indianapolis, several prospects left a strong impression, and a consensus has been formed about the top five prospects. While the order is still up to debate, most scouts and analysts expect the following players to be the first draftees in the upcoming draft.

A shooting guard out of Oklahoma State, Cade Cunningham enters the draft appointed by many as the top prospect in the 2021 class. In the NCAA tournament, he led the Cowboys to a No. 4 seed, and carried the team to several late-game wins with clutch points and tremendous ball skill and vision. He averaged 20 points, 3.5 assists and 6.2 rebounds, and 40 percent from the three-point line.

With powerful drives and sharp footwork coming out of isolation, he’s able to create spaces and cause a lot of problems to defenders. Thanks to his size – he stands 6’8” – he can work well in the post and finish with both hands. Cunningham is a prolific shooter as well, and posted good numbers shooting both off the catch and off the dribble. Some sportsbooks listed on sites like BettingNews.com put Cade Cunningham as the favourite to be selected as the No. 1 pick in the 2021 NBA Draft. 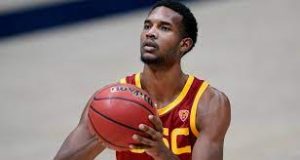 Evan Mobley is probably the most interesting big man to enter the draft since Karl Anthony-Towns in 2015. He dominated almost every matchup in the NCAA tournament, and carried the USC Trojans to an Elite Eight appearance. He averaged 16.4 points on 57.8 percent shooting, 8.7 rebounds and 2.9 blocks, making him one of the best rim protectors in this class.

Standing at 7’0”, Mobley poses a challenge to defenses using his length and mobility to score off rolls and cuts. He’s also an efficient shooter with a soft touch, that can be developed into a mid-range threat. However, he’ll probably have to hit the gym, as his lack of strength causes him a lot of trouble in the low post.

He finished the NCAA tournament as one of the top defenders in the country, with great shot-blocking ability and rarely committing fouls. Mobley had good performances on the offensive glass as well, and led the tournament in putbacks, with 29. 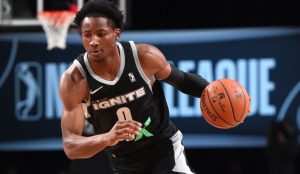 In 2020, Kuminga bypassed college and joined the G League professional pathway program, G League Ignite. And the combo forward left a strong impression, displaying physicality and finishing consistency. He has great skill level for a 6’8”, 220lb forward, and is very capable in ball-screen situations, out of iso and in the low post. Despite some moments of poor shot selection, he surely can develop into a three-level shot-maker.

Defensively, Kuminga is very quick and strong in one-on-one matchups, and shows the kind of defensive potential NBA GMs like. However, his performances defending off the ball were not that good.

After showcasing his physical prowess and emerging as the driving force behind Ignite’s success, Kuminga got NBA scouts talking about him, and is now expected to be a lottery pick in the upcoming draft. Some bookies also appoint him as a potential No. 1 pick. 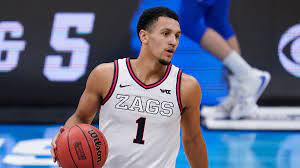 Gonzaga had a squad full of star upperclassmen, but a freshman is the one who is expected to be an early pick. Jalen Suggs averaged 14.4 points, 4.5 assists and 5.3 rebounds, as he drove the Bulldogs to the NCAA final against Baylor. He displayed good scoring abilities, both driving and shooting from mid-range. However, his three-point shooting is somewhat inconsistent, and he’ll have to improve this aspect. 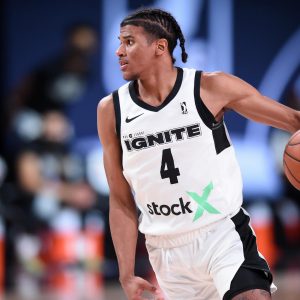 Another player to bypass the college system and join G League Ignite, Jalen Green is a capable scorer, with a quick first step and explosiveness driving to the rim, and advanced footwork to create space for jumpers. He led Ignite in scoring during the G League bubble, averaging 17.9 points and shooting 46.1% from the field, and an efficient 36.5% from the three-point arch.

Suggs also averaged 1.5 steals, showing quick hands in one-on-one situations, but a lack of strength caused him some trouble when defending against bigger guards. However, his contributions as a prolific transition scorer and reliable jump shots make him an important asset to any NBA team.