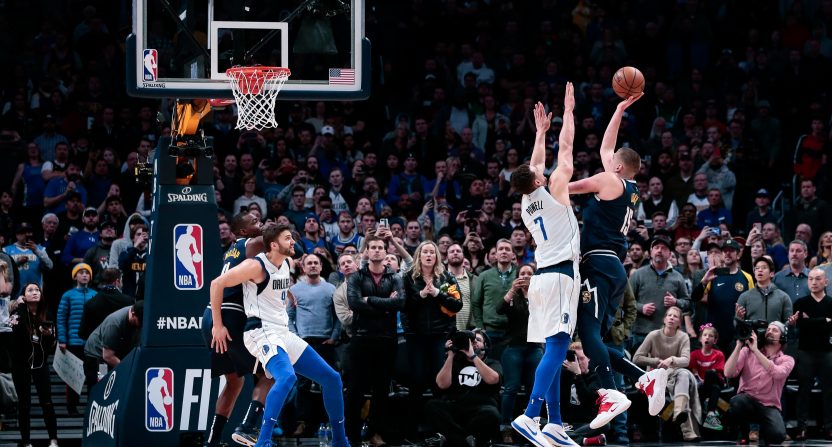 The NBA has been quite progressive in selling League Pass over the years, and months after announcing the option to buy a game from the end of the third quarter for $1.99, they’re now allowing fans to buy ten minute chunks of League Pass for 99 cents.

This is how the league is describing the new service, per a release.

NBA 10-Minute Pass will provide fans the option to purchase 10 minutes of real-time access to live out-of-market NBA games for $0.99 by tapping “Watch” from any game page on NBA.com or within the NBA App.  As part of the new offering, fans can watch as many live games as they choose during the 10-minute window.

So if there are multiple games going down to the wire that you want to watch, you can theoretically watch them all with just an investment of 99 cents. Pretty great, right?

The elephant in the room is that this is ten minutes of real-time action as opposed to ten minutes off the game clock, so if you just want to watch the last minute of a game, you might not even get the entire minute thanks to free throws, time outs, and replays eating up some of your ten minute chunk of time…leading to you throwing down another 99 cents (I know, absolutely stretching the limits of our finances).

With that being said, this is still a no-brainer for the league, especially given that they already sell passes for single games and cut that price by the quarter. Sure, the math doesn’t work out if you stretch it to an entire evening (and if you’re doing that and spending something like $20 a week or League Pass ten minute chunks…maybe just buy the individual games you’re interested in? Or just buy the full League Pass package?), but if you’re interested in an out of market game going down to the wire, and you have no desire to buy League Pass because you cheer for your local team, buying a ten minute chunk or two just makes sense.