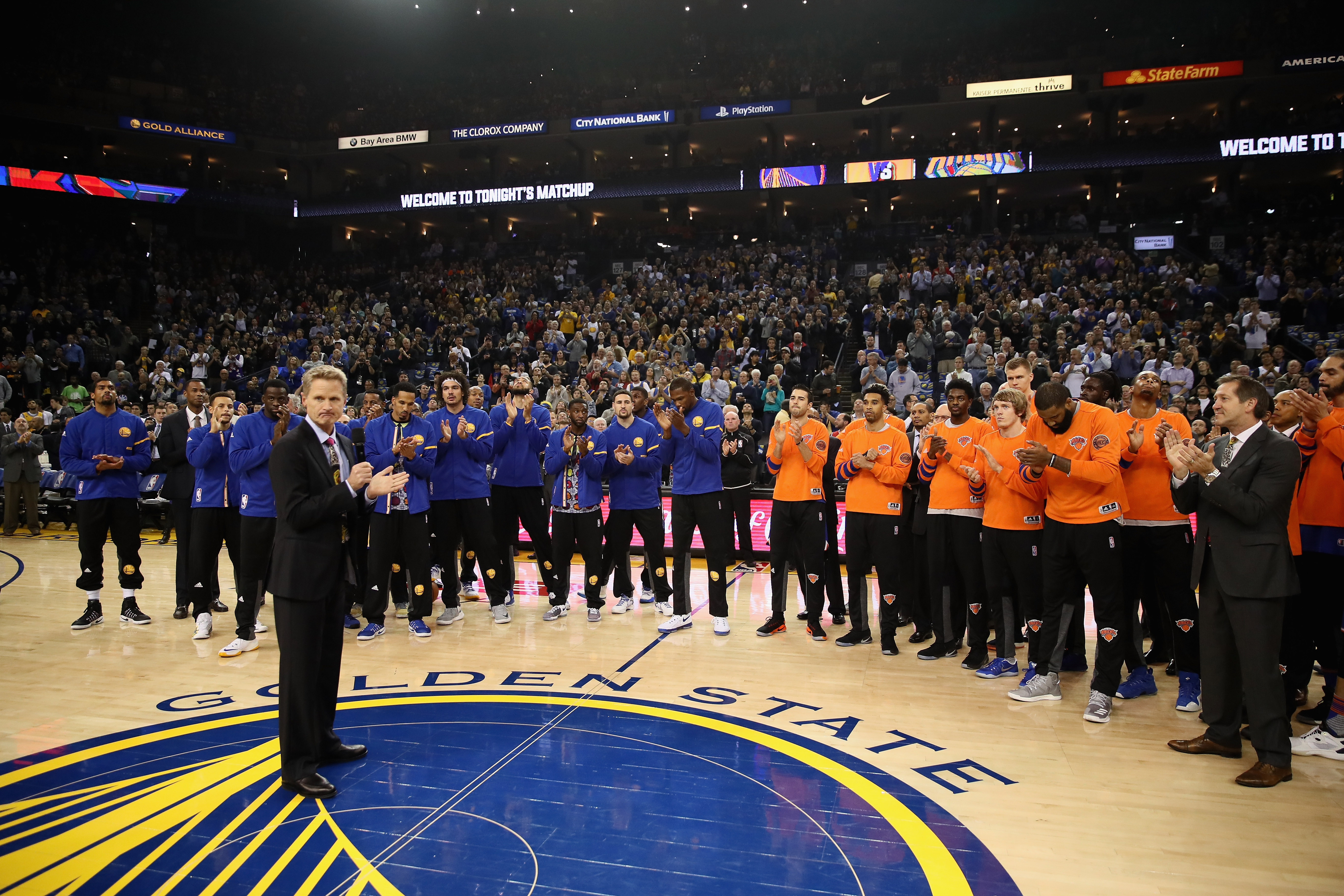 Sadness was draped all over the NBA due to the death of Craig Sager. The longtime Turner Sports broadcaster died at 65 after battling acute myeloid leukemia.

With TNT, Sager’s network, on the call for tonight’s Knicks-Warriors game, there would be plenty of emotions from the players, fans and broadcast crew in Oakland. Steve Kerr, who worked games on TNT prior to going to the Bay Area, had a speech worth watching before Thursday’s game.

The Golden State coach gathered all of the players from both teams and brought the fans to their feet to honor the fallen TNT sideline legend. He gave a great speech. It was passionate, authentic and Kerr did a perfect job of honoring the man we lost.

It’s just amazing to see how authentic Kerr is. There’s absolutely nothing scripted about this. It would’ve been easy for Golden State to just have everyone stand and have a moment of silence. But they let a guy who had plenty of experience with Sager pour his heart out. And in a fitting tribute, Kerr led the arena to give a moment of applause to celebrate Craig Sager’s life rather than a moment of silence. It was brilliant. Bravo, Warriors.

This certainly doesn’t make Sager’s death any less sad. But it’s easy to see in clips like this just how much everyone loved our wacky-dressed friend.