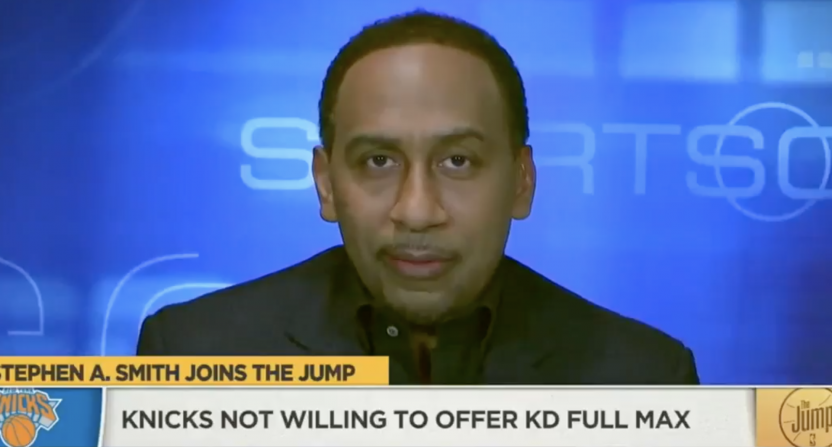 If Ben Franklin was alive today, he’d tell us, “Nothing is certain but death, taxes, and the New York Knicks disappointing their fans.”

As NBA free agency begins, top free agents from around the league are wasting no time deciding where they are playing. The big domino that fell was the Brooklyn Nets signing Kevin Durant, Kyrie Irving, and DeAndre Jordan. The Knicks had constantly been reported as a potential destination for Durant despite his Achilles injury suffered during the NBA Finals.

Alas, the Knicks failed to land Durant and to make matters worse, lost him to the team who plays across the East River. To top that off, the Knicks (a.k.a. the team who seems to overspend for everyone) weren’t even planning to offer Durant a max deal because of his injury.

The Knicks and owner Jim Dolan were not prepared to offer Kevin Durant a full max contract due to concerns over his recovery from the Achilles injury, league sources tell me and @wojespn. Knicks officials are in Los Angeles tonight, meeting with free agents such as Julius Randle.

Admittedly, the Knicks being cautious about Durant isn’t completely a bad idea. It’s just that they had to have known someone was going to offer a max deal for Durant. So if the Knicks were really as interested as it seemed, it was either offer a max deal or just don’t even bother trying. Instead, the Knicks reportedly signed Julius Randle to a three year, $63 million contract.

This is where Stephen A. Smith comes in. The First Take host and Knicks fan first vented on his Twitter account about the Knicks breaking his heart once again. Smith said, “In three years, the Brooklyn Nets have accomplished what we’ve been waiting for the New York Knicks to pull off for a half-century.” There’s a bit of hyperbole in there but to Knicks fans, it probably feels like a half-century.

Next, Stephen A. went on The Jump and was a bit more animated about the Knicks, especially when hearing that the Knicks were interested in Bobby Portis and Reggie Bullock.

While Stephen A. might be a bit boisterous about this since he’s on TV, he’s got some legit issues with the Knicks and it seems like another underwhelming offseason that just reinforces the idea that fans and the media value the dream of playing in Madison Square Garden in a much higher regard than the players do.

Let’s be honest, for someone who is a lifelong Knicks fan, couldn’t Stephen A. have seen the writing on the wall way before it actually happened? It’s like Charlie Brown trying to kick the football and Lucy keeps taking it away at the last second. Every year, the Knicks are linked with just about every big name and it lifts the hopes of fans but it usually follows the same sad ending.

Maybe next year, regardless of who is linked with the Knicks, just assume that the Knicks are just going to disappoint you so you don’t get your hopes up at all. That way, if that happens, it’s not a surprise. And if a miracle happens and James Dolan suddenly becomes a competent team owner, then it’s an unexpected bonus.