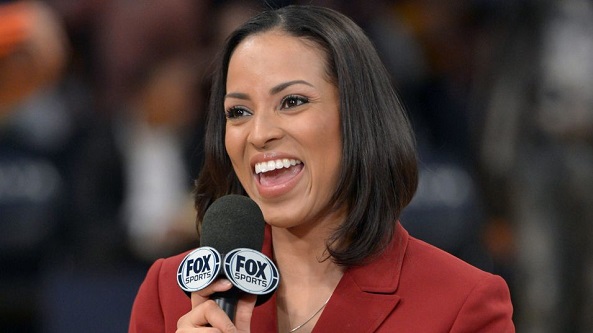 In the fall of 2015, Stephanie Ready became the first woman to work as a full-time game analyst for an NBA team. Two years later, she has been sent back to where she came from, the sideline, and not everyone is happy about it.

A loud group of Hornets fans has rebelled against Fox Sports Southeast’s decision to reassign Ready, tweeting angrily under the hashtag #DontSidelineStephReady.

@HornetsOnFSSE I hope you're hearing us fans about #DontSidelineStephReady. She earned her spot in the booth, put her back there.

Ready, for her part, expressed thanks for the hashtag movement, suggesting fan continue tweeting at her bosses.

Thank you all for your support! I ❤️ @hornets fans! Please feel free to share your thoughts w/ @HornetsOnFSSE @FOXSportsSouth See you Fri.??

Ready, who starred at Coppin State in the late ’90s, has been working Hornets games since the franchise was rebooted as the Bobcats in 2004. She quickly became popular among Charlotte fans and was eventually promoted to work alongside Eric Collins and Dell Curry in the first ever three-person booth on a local NBA broadcast. That gig lasted two seasons.

A Fox Sports Southeast executive told the Charlotte Observer recently that the network reassigned Ready because it wanted a presence on the sideline.

Fox Sports Southeast senior vice president Jeff Genthner said moving Ready to courtside is an effort to overcome the television location being off the floor (at the top of the lower bowl on the bench side of Spectrum Center).

“It’s really tough for television” to not be courtside, Genthner said in an interview with the Observer. “There’s no one leaning over the bench to say, ‘How bad is that injury?’ ”

Though that explanation makes sense, it’s not hard to see why fans would be distraught to see 1.) an analyst they like moved to a less visible role and 2.) a woman who broke a significant barrier being demoted back to where she began. Even if Fox Sports Southeast felt it needed a sideline reporter, the network could have hired someone new to complement its game analysts. Instead, it reassigned Ready, which might be defensible but also opened it up to criticism from fans.

It seems unlikely that a hashtag campaign will get Ready her old job back, but fans letting the network how they feel certainly can’t hurt.