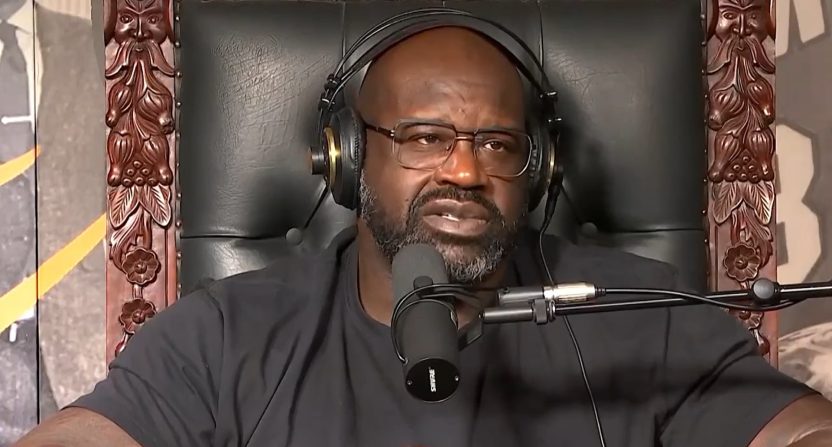 It’s difficult to imagine Shaquille O’Neal offering commentary anywhere other than Inside the NBA on TNT alongside Ernie Johnson, Kenny Smith and Charles Barkley. But he easily could have landed at ESPN.

During the fourth and final episode of the HBO documentary series SHAQ, which aired last week, O’Neal discussed his retirement from the NBA and the process of deciding where he wanted to jumpstart his media career. Considering his stardom and big personality, O’Neal had multiple suitors for his analysis, something he alluded to during his retirement press conference in 2011.

“I will miss you, but I do plan on entertaining you for the next 19 years,” O’Neal told a crowd of reporters when announcing his retirement. “Whether it’s TNT, ESPN, CNN, whoever wants to hire me. My offices open up on Monday, give me a call.”

And on Monday, they gave him a call. Shaq and his agent met with Turner executives David Levy and Steve Koonin, as well as then-president of ESPN John Skipper. With both networks vying for his services, O’Neal recalled why he ultimately chose Turner back in 2011.

Based on that comment, it seems like O’Neal believes TNT, which is now owned by HBO parent company Warner Bros. Discovery (WBD), offers more leeway and room for error than Disney’s ESPN. While the Inside the NBA personality can be brash at times, O’Neal doesn’t push too many limits or seem like a personality that wouldn’t fit at ESPN had they struck a deal in 2011. But not only was O’Neal reluctant to work for ESPN, he also blames The Worldwide Leader for his slow start at TNT.

According to Timothy Bella, the author of BARKLEY, O’Neal admitted he “sucked” when he joined TNT and pointed to his conversations with ESPN where they sought to make him into their version of Charles Barkley. O’Neal brought ESPN’s expectations to TNT and it took time before he found his own voice to fit alongside Barkley, rather than attempt to be Barkley.

Turner didn’t really need O’Neal considering Inside the NBA was well-established as the sport’s leading studio show, whereas ESPN is constantly retooling NBA Countdown. On TNT, Barkley, Smith and Johnson already had more than a decade’s worth of chemistry that O’Neal now needed to fit into. It took time, but O’Neal eventually found his footing and enhanced Inside the NBA with his entertainment value and propensity to spar with Barkley.

O’Neal and the rest of the NBA on TNT crew recently signed long-term contract extensions with the network, pending WBD signing a new rights deal with the league. Recently, WBD has sent mixed signals about reupping with the NBA. O’Neal, however, must be feeling pretty confident about staying at TNT, because if WBD and the NBA fail to reach an agreement, it might put him in the awkward position of having to knock on ESPN’s door.