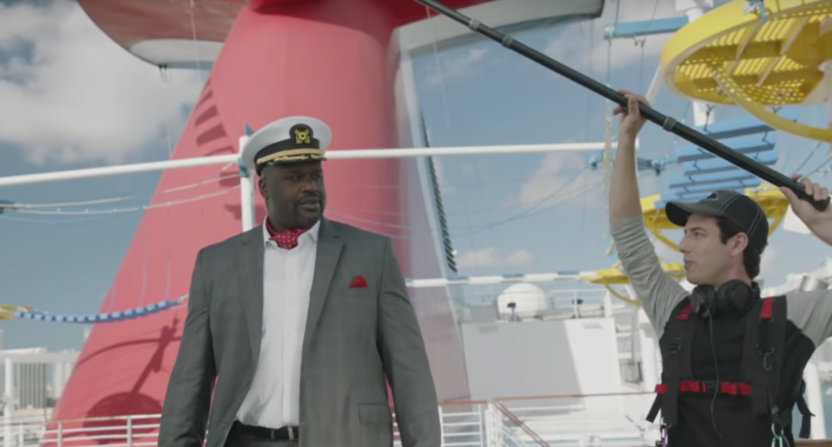 Shaquille O’Neal has been out of the NBA for seven seasons, yet his endorsement portfolio remains quite full. In the years since his retirement alone, he has appeared in ads for Buick, IcyHot, AriZona beverages (which gave him his own cream soda), Gold Bond, The General, Zales and about a zillion other brands.

In an interview with Real Sports with Bryant Gumbel reporter Bernard Goldberg that will air Tuesday night on HBO, Shaq said that he actually makes more money now on endorsements and investments than he made in salary during his playing days.

The idea that Shaq could make more as a pitchman than a player, even years after retiring from basketball, is both jarring and unsurprising. Because although Shaq doesn’t have a single huge money-maker like what Michael Jordan has with his sneaker line, the Big Diesel has a seemingly endless line of revenue sources. He appears in commercials, he invests in products, he sells clothes and shoes and, of course, he collects a salary from Turner Sports for his work on Inside the NBA. Two marketing gurus own 51 percent of Shaq’s marketing rights in a deal that, according to HBO’s Goldberg, has paid Shaq about $100 million over two and a half years.

Add it all up and you get an extremely well-compensated man. Forbes a few years ago ranked Shaq fifth on a list of highest paid retired athletes, behinds icons MJ, Arnold Palmer (who has since passed away), David Beckham, Jack Nicklaus and Magic Johnson.

Shaq told Real Sports that he learned about business from his father, who repeatedly told him stories of athletes who had gone broke, and drew inspiration from a college professor who told him that big men didn’t sell. He decided that his personality and sense of humor would make him an appealing pitchman and to this day tries to “Shaquify” any ad he appears in, to use a term coined by marketing executive Nick Woodhouse.

Here’s a trailer for the Real Sports segment, in which Shaq vows that he only endorses products he personally likes (which is… difficult to believe) and Charles Barkley says it’s annoying to have to see Shaq in so many commercials and then talk to him on air.