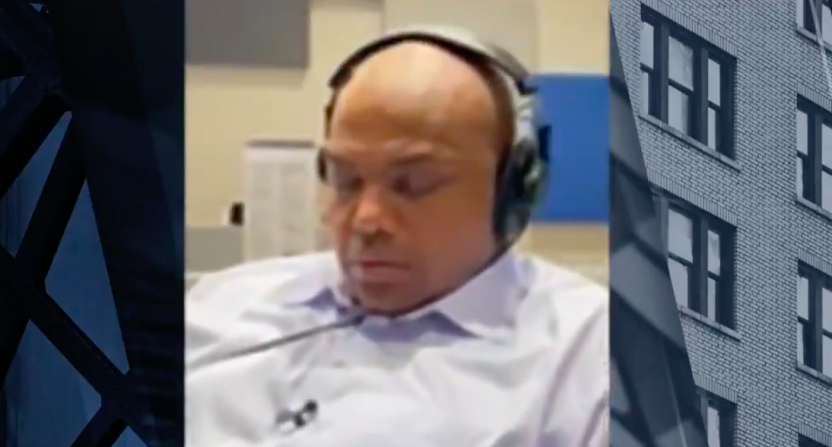 TNT’s Inside the NBA analyst Charles Barkley often makes headlines for what he says. Today is the rare exception when he’s making headlines without saying a single word or even being awake to know why.

The Inside the NBA team had themselves a busy little Sunday, with three NBA playoff games on their docket. The first one, featuring the Washington Wizards and Philadelphia Sixers, tipped off at 1:00 p.m. Eastern and they won’t finish up until the final game of the day ends around 9:00 p.m. or so. Naturally, everyone is going to have to pace themselves if they want to be able to provide crisp analysis and educated opinions about what they’re seeing out there on the court.

Or in Barkley’s case, he could simply just find some time off-camera when he can catch a few winks before he has to talk again. Credit to his coworker, Shaquille O’Neal for selling Charles out.

Shaq caught Chuck sleeping during the first half ? pic.twitter.com/zc3Rnh1ycn

Barkley tried his best to provide some analysis of the first half but any of his insights were immediately undercut by Shaq’s video. On one hand, it’s fair enough that an older guy like Barkley needs to get in a nap or two to get through the day. On the other hand, it’d be nice if the people paid to provide expert analysis on the game were actually, you know, watching the game. Barkley has been accused in the past of providing incomplete or incorrect analysis but perhaps now we know why that happens.

It’s also worth noting this isn’t the first time Barkley has fallen asleep on the job. Back in 2014, he got called out for a similar sleepytime snafu, this time while actually sitting at the desk.

You can’t stop Charles Barkley from falling asleep, you can only hope to contain him.