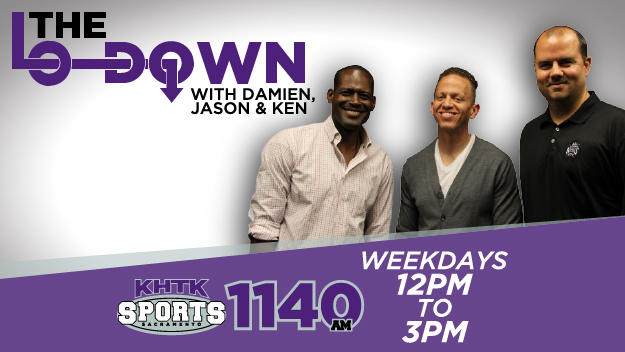 On Monday, KHTK 1140 radio host Damien Barling harshly criticized Vlade Divac and the hometown Sacramento Kings for a poor return in the DeMarcus Cousins trade. Two days later, Barling has reportedly been pulled from the air in what his co-hosts say was a retaliatory suspension.

On Wednesday, Barling’s co-hosts on “The Lo-Down,” Jason Ross and Ken Rudolph, came onto the air at noon and explained that Barling had been suspended for calling the Kings’ front office “embarrassing” and that they were canceling their show in solidarity, according to The Sacramento Bee. The station then aired a nationally syndicated show instead.

The Bee reports the Kings had nothing to do with Barling being removed from the air. Sources at KHTK told the paper that Barling had not been suspended or fired, though being barred from his own show sounds like a suspension to us.

Via the Sactown Royalty blog, here’s what Barling said following Divac’s press conference, at which the Kings’ general manager said he had turned down a better offer for Cousins two days earlier.

Ross: “It was getting worse”

Barling: “Are you serious? Bro… I don’t even know what to say. If you’re a Kings fan, you should absolutely be embarrassed by that. That was awful. That was absolutely awful. You cannot do that. You can’t do that. Awful. That’s awful dude. Absolutely incredible”

If these comments are really the ones that got Barling taken off air, this was a pretty massive overreaction by KHTK. The station airs Kings games, but that doesn’t mean its employees have an obligation to blindly praise the team. A sports radio station that prevents its employees from being honest in assessing the only professional sports team in town loses pretty much all credibility with its listeners.

Plus, Barling was far from the only person who thought the Kings had made a bad trade. Most of America similarly criticized Divac for dealing his best player at a bargain cost. If “The Lo-Down” hadn’t voiced that opinion, it would have looked silly.

We’ll see if Barling is back on the air Thursday and if he or his co-hosts have any further explanation for his absence Wednesday.