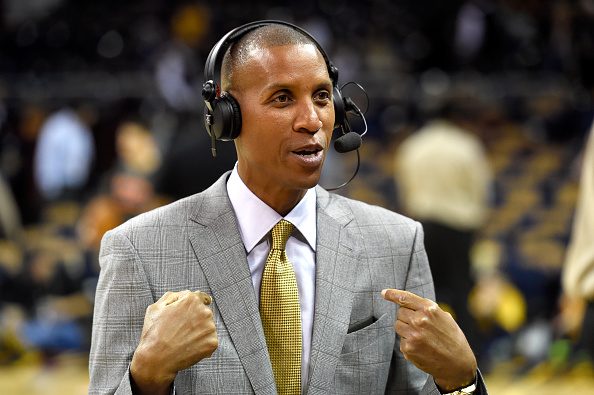 Reggie Miller is kicking the Memphis Grizzlies when they’re down.

The Grizzlies were blown out by 32 points in their opening round playoff series against the San Antonio Spurs. Due to injuries, the team is a shell of their former self. TNT analyst Reggie Miller thinks they’re so depleted, he said on the Dan Patrick Show the TNT crew could beat them.

RM: “Out of the sixteen teams in the playoffs, we would beat one of those teams.”

RM: [awkward silence] “I’m calling their game tomorrow. I don’t want to throw them underneath the bus because they don’t have all their players. But, without [Mike] Conley and without [Marc] Gasol, I think we could give the Grizzlies a run right now. Don’t you think?”

Miller clarified the TNT crew wouldn’t win a series, before reading over the potential roster and proclaiming “maybe we could win a series.”

The Grizzlies have been hit hard by the injury bug this season, which has forced them to play guys like Xavier Munford, Jordan Farmar, and Chris Andersen in big minutes. Still, they’re a passable NBA team with decent players like Zach Randolph, Matt Barnes, and Lance Stephenson. Those guys play physical basketball.

Kenny Smith, Reggie Miller, Shaq, Charles Barkley, Chris Weber and Brent Barry were all legit NBA players, but they’re now in their 40’s and 50’s. Can you imagine a 53-year-old Barkley guarding Zach Randolph in the post? It wouldn’t go well for Chuck.

The Grizzlies players are for the most part in their physical peak and still capable of playing NBA minutes. The TNT crew isn’t. They were at one time, but not now. Miller gave a great sound bite, but I would be shocked if he could lead TNT to a victory over the Grizzlies. Heck, they might not even beat the 76ers.

Word of Miller’s comments made it the Grizzlies locker room and they didn’t sound too impressed.

Dave Joerger had no comment on Reggie Miller's comments. But Z-Bo was not amused.