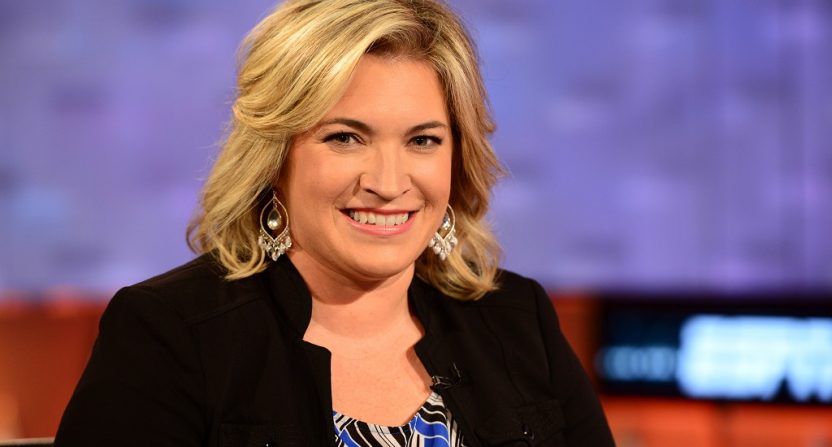 On Tuesday, Ramona Shelburne appeared on Los Angeles ESPN Radio show Mason and Ireland. During a discussion about Anthony Davis returning to New Orleans tonight to take on the Pelicans tonight, Shelburne said she thinks there was a racial component to the fallout between Anthony Davis, agent Rich Paul, and the New Orleans Pelicans team and fanbase.

You can listen to the segment here, with the relevant discussion beginning around the 15:00 mark.

Shelburne’s remarks were not well-received by some members of the New Orleans media.

But, seriously, congrats to @ramonashelburne for uniting the twitter users of New Orleans over anything involving the subject of race.

Davis himself was asked about racism potentially being at the root for some booing he’ll receive:

Absolutely ridiculous that this question was one that AD even had to answer in the first place.https://t.co/waQmeKIWgO

I tried 2 let this be. This commentary from Ramona Shelbourne on @MasonAndIreland show is ignorant and reckless. I lived this every day of my job for the last half of the @NBA season. Making an uninformed statement with thin, at best, sourcing and from such distance is dangerous pic.twitter.com/7vlcSvOiz2

There was actually more to the discussion than that section of transcript, with Shelburne pointing out the disparity between how Rich Paul is viewed by a spurned team and how a white agent like Aaron Mintz is viewed after engineering exits for Paul George from both Indiana and Oklahoma City. It’s an interesting topic, though it wasn’t exactly covered with the depth or nuance it needed given the format; rarely do thorough, detailed discussions on race relations and sports segue into an appearance from The Talented Mr. Roto.

Today, Shelburne issued an apology for her comments to the Times-Picayune:

Ramona Shelburne, a senior writer at ESPN, issued an apology on Wednesday for comments she made on Tuesday suggesting that the backlash towards Anthony Davis and his trade request last season was due to racism and New Orleans being in the South.

“Since my appearance on LA radio Tuesday, I’ve spoken to many people and now realize that I inappropriately oversimplified a very complicated and emotional situation,” Shelburne said in the statement. “I sincerely apologize for that mistake and to the city of New Orleans.”

Regardless of the root cause or causes, Davis is certainly going to be facing a hostile crowd tonight. The game, coincidentally, can be seen on ESPN, tipping at 9:30 ET, and it will be interesting to see if the ESPN broadcast mentions this particular angle at all.